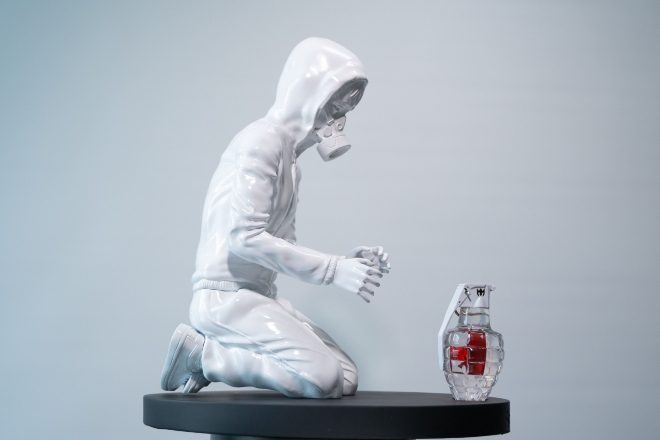 The Prodigy frontman Maxim has teamed up with London artist Dan Pearce to create a new project in the form of a four-track EP and art installation called ‘Hope’.

The project launched with a VIP viewing on May 19, now open to the public until June 7 at London’s new 99 Projects gallery.

Both the sculptures created in part of the project and Maxim’s new EP come alongside a short film curated by the pair featuring Pearce’s son and Maxim, which also soundtracks some of The Prodigy frontman’s new music.

50 limited edition sculptures were created by the artists throughout lockdown, as ‘Hope’ aims to tell the story of pandemic life, highlighting the struggles that many have faced through the period.

Dan Pearce said on the project: “We’ve known each other for a few years as we both exhibited art at the same galleries and attended each other's exhibitions, so we always chatted about doing a collaboration.

“Lockdown gave us that opportunity and we wanted the project to deal with this difficult year, while demonstrating the positive message about the role hope now plays.”

The pair will be donating one of their sculptures to NHS Charities Together, as well as the mental health charity YoungMinds and homeless charity Shelter in an effort to raise funds for those most affected by COVID.

The announcement of Maxim’s new EP comes just days after The Prodigy announced their return via a 15-second clip of new music, the first since Keith Flint’s death in 2019. The last release from the band came in 2018 with their album ‘No Tourists’.

Read this next: Rave icon: As the frontman of The Prodigy, Keith Flint delivered a furious new type of dance music


Maxim says, “Making this has been so exciting. We are in times of uncertainty, but I believe the answer to our problems is the four-letter word, ‘love’." 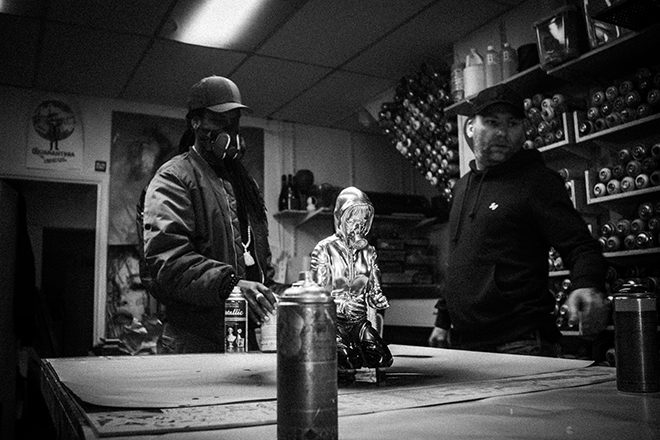