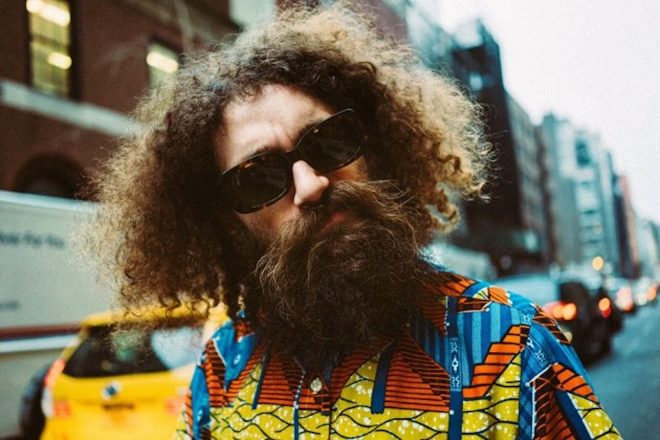 The Gaslamp Killer has broken his silence with regards to his defamation lawsuit against two women who accused him of rape, by sharing details of the lawsuit and pleading his innocence.

Last year The Gaslamp Killer was accused of allegedly drugging and raping two women in 2013. Chelsea Tadros first shared her account via Twitter, stating that the Los Angeles artist drugged her and a friend at a hotel party, then had non-consensual sex with them.

This subsequently lead to two esteemed record labels in The Low End Theory and Brainfeeder severing ties with the producer. During the initial public outrage that ensued, he wrote to Mixmag declaring that he "would never hurt or endanger a woman." Now in a new statement more details are shared about his side of the story.

In the new statement posted to The Gaslamp Killer's Facebook page he goes into detail about why he is breaking his silence now and why he believes he is innocent. You can read his full statement below:

"Last October, Chelsea Tadros made false claims on Twitter about a consensual sexual encounter that I shared with her and her friend RaeAn Medina 5 years ago. Tadros claimed that I drugged her and Medina at The Standard Hotel during a daytime pool party, then took their incapacitated bodies to my home and raped them. Not only is this untrue, it is logistically impossible.

"Despite having numerous witnesses dispute her story, I had to remain silent for legal reasons. I so badly wanted to defend myself right away and share the facts with details from my witnesses. Because the case is now public record, I am finally able to come forward.

"I am 100% innocent of these accusations.

"My only recourse was to bring a suit for defamation to prove my innocence. In suing Tadros, I am not trying to silence her. In fact, I am hoping to open a dialogue in which to examine this event in front of a judge and jury, rather than trial by social media.

"It is important to note that no criminal charges were brought against me, and that I am the only person accused of this type of assault during the me too movement to bring a defamation suit against my accuser and be granted a trial. Furthermore, Medina has not affirmed nor corroborated Tadros’ accusations. In fact, in my 15-plus years of touring the world as a musician, no other woman has come out against me

"Because the actual trial might be more than a year away, I feel it’s necessary to share these important facts from my case with you:

"1. Judge Joanne O’Donnell has identified many inconsistencies in Tadros’ claim, and ruled that “Tadros’ statement contains a provably false assertion of fact that [I] drugged and raped Tadros…”

"2. A toxicology expert specializing in date rape cases stated “It is in my opinion, to a reasonable degree of medical certainty that Tadros’ account of what happened on July 5, 2013 is virtually impossible.”

"3. The sworn statement of eye witness #1, a friend of Medina’s, who directly contradicts Tadros’ claims about the events of that day. This witness reached out to me in support on the day of Tadros’ twitter accusation, even though I had only met him on the day in question 5 years ago and had not seen nor heard from him since.

"4. The sworn statement of eye witness #2, my former roommate, who directly observed Tadros and Medina enter and exit my home in their own power.

"Excerpts from these statements can be found in the following screenshots. If you‘d like to see more, there is also a dropbox link. After reading the above declarations by the judge and witnesses it is clear that Tadros’ claims are blatantly false.

"I urge you to look at the facts objectively, as this false claim has changed my life forever. Within the first 24 hours of Tadros’ post, I received hundreds of death threats. I have subsequently lost everything that I have worked for; a career which took me 20 years to build. The damage done to my life, my friendships, my reputation, and my career is irreversible.

"My life dissolved before my very eyes because of a single tweet. This type of reckless accusation undermines real sexual assault victims in their pursuit of justice. Therefore, it is with great care and awareness that I share my story. All I ask is that you take a moment to examine the facts."