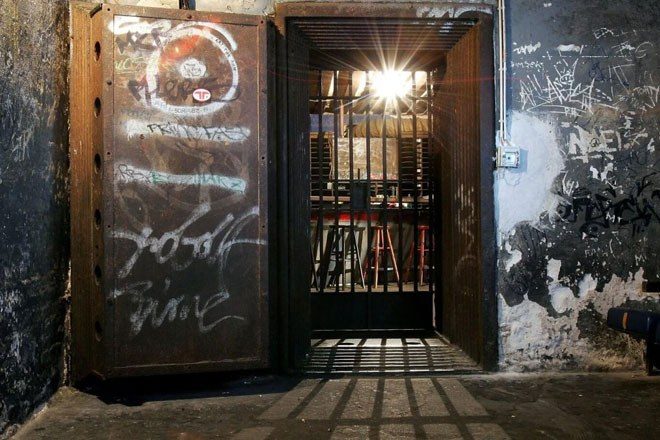 Tresor’s club door is to be recognised as an important piece of Germany’s cultural history in a major new exhibition.

The Humboldt Forum, a new museum in the heart of Berlin, will display the legendary club’s original door alongside centuries-old mosaics and artefacts from the Holy Roman Empire in its permanent exhibition, which will celebrate Germany’s rich cultural history.

The Humboldt Forum said: “The door reminds us of the pulsating party culture of the 1990s and symbolizes the city’s free spaces, which gave birth to a lively cultural scene. This object truly reflects Berlin’s eventful history.”

In the 1920s, the door secured safe-deposit boxes in the basement of the glamorous Wertheim department store on Leipziger Straße.

When the building was demolished in 1955, the subterranean room behind it was left derelict until Tresor moved into the space months after the reunification of Germany in 1991.

Taking its name from the German word for ‘safe’, Tresor quickly developed a reputation as one of the city’s most revered techno venues. Millions of clubbers passed through the door in the 1990s and techno pioneers Jeff Mills, Robert Hood and Surgeon all released music on the club’s record label.

Tresor was forced to close in 2005 to make way for an office building and has since relocated to the old Kraftwerk power plant on Köpenicker Straße.

Find out more about the exhibition here.