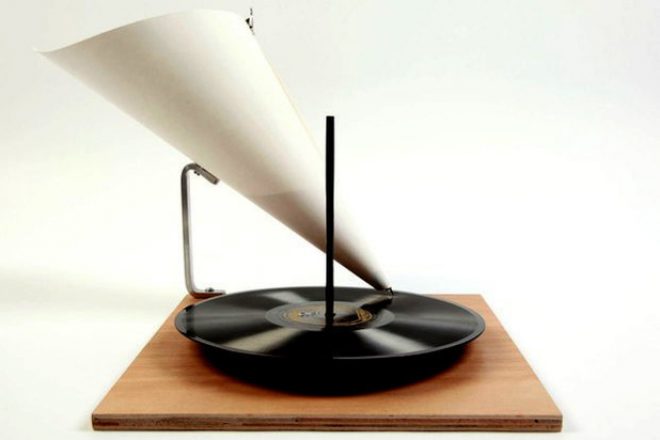 No one can deny that vinyl culture is in the ascendency. Sales of wax are up, independent record stores are benefitting from renewed attention in the format, a slew of vinyl-only acts have appeared on the live circuit, key DJs are hungry to show off their record collections and the special editions just keep on coming.

Of course, the foundations of dance music were built on piles of rinsed-out 12"s and if you're into the scene, then you're into vinyl. But with this newfound love of the black stuff has come a lot of innovative and bizarre ways to play it, so we've put together a list of the best custom turntables that have come to our attention. Enjoy.

The Millennium Falcon Turntable
So this little dude did the rounds on the internet a while back and is one of the best DIY decks. It's a Technics 1200 sunk into a model of a Millennium Falcon from Picoteck Design. "I found a 1977 Millennium Falcon toy years ago for two dollars [but it was] missing all the parts," said creator Marco Garza. "I always wanted one as a kid. I stored it for a couple of years [and then] decided it would make a great Technics 1200 turntable mod."
You can read about the whole process here

Lego Turnable
This beast was constructed by a South Korean man going by the name Harayobi from over 2000 pieces of Lego! The fully-functioning turntable is called The Planet and is powered by a Lego Power Functions Battery Box.
Click here to see it in action

Technically this shouldn't be on the list as it's a CDJ, but this little badboy from renowned audio customiser Jesse 'Dean' Graves was created for Pioneer as part of the tech company's Art Mix project in 2011. It's a completely functioning CDJ-2000 and Jesse also does some incredible work on customising other DJ equipment, like his Ghostbusters Proton Pack CDJ from this year's NAMM.

Stone Turntable
This beautiful turntable is a modified Lenco which has been mounted on a polished block of soapstone. We found this one while digging around on a forum entirely dedicated to Lenco modification, so we don't have any information about the craftsman himself beyond the fact that he's German, which shouldn't really come as much of a surprise.

Paper Turntable
Created by British artist Simon Elvins, this hand-cranked turntable is made entirely out of paper, and uses the cone as a needle as well as a gramophone-esque speaker.

Turntable Turntable
This meta piece of design is a turntable made out of three turntables. And the multiple tonearms mean you can play it from wherever you are in the room. Kinda cubist, kinda cool.

Paper and Wood Turntable
Made by student Livia Ritthaler, this beautiful piece of minimalist design is a functioning (albeit rather poorly) turntable. Made when she found herself unable to afford or find space for a turntable when she moved to London, this was made using paper, wood and metal and requires hand-cranking.

Created from reclaimed wood by designer Joel Scilley, this turntable is mounted on a beautiful slab of old redwood. Scilley's company Audiowood has been modifying turntables for about six years, and use parts from manufacturers such as Rega, Music Hall, Origin Live, Teres, SME, Groovetracer and Choir Audio.
Visit the Audiowood site to see more of the unique creations

Cardboard Turntable
The Soundbox record player is made out of the cardboard packaging and is another triumph of minimalist design. Created in collaboration with group The Death of Pop, this wonderful little 10" player is also hand-cranked and had a limited run of 250 copies. Perfect example of a manufacturer thinking outside the box...

And this from Kontor Records...
And finally, this has got to be the raddest piece of vinyl-related technology we've seen. Created by Scooter's label Kontor Records, this coded vinyl and QR code activated software turns into a 'turntable' can be operated using your phone! Our clumsy explanation of the workings of this bizarre analogue/digital technology will only confuse you, so check out the video above to see how it all happens.