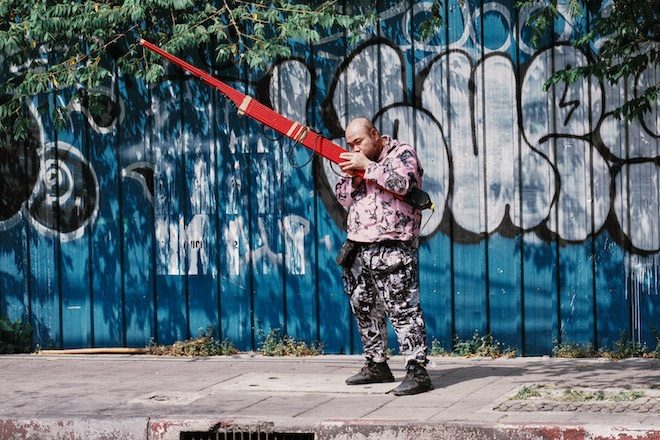 Thai producer and musician Pisitakun announces a new album ‘Absolute C.O.U.P.’, inspired by Thailand’s long history of coups. It will be released on July 29 via Chinabot as a golden bullet-shaped USB and on cassette.

‘Absolute C.O.U.P.’ is a blistering album that melds techno beats with music inspired by Molam, which is country music from the Isaan region of Thailand, military marching beats and traditional Thai instruments. The result is chaotic, clattering and confusing, much like the history that it draws inspiration from.

Read this next: Southeast Asia’s underground is in a golden era

To herald the news, Pisitakun has released lead single ‘ArArMyMy’, a track that draws together each disparate thread of his influences to showcase them in an entirely new tapestry. It effortlessly traverses several different movements, and you feel by the end of it that you’ve lived a whole life.

‘ArArMyMy’ samples variously from Thai popular culture and politics, including from the Luk Thung song ‘Poor Soldier’, a ballad about the low wages that a soldier receives, and from a 2014 speech by the General Prayut Chan-o-cha after his successful coup and who remains in power today.