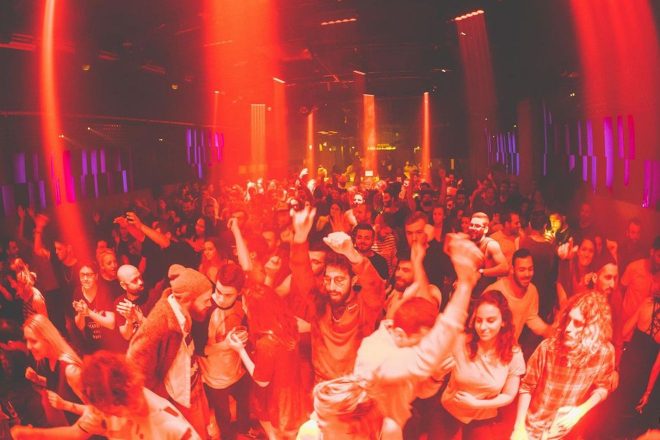 A collection of nightclub owners and nightlife professionals in Tel Aviv have banded together to form Nightlife Against Deportation, a campaign that aims to take a stand against the deportation of asylum seekers.


By devoting the last weekend in February to support Nightlife Against Deportation, a portion of profits raised from club nights will be donated to the cause.

Speaking to Haaretz, Benji Lenfant, a local DJ and co-partner of the Grounded Festival, touched on nightlife’s role in supporting causes like the struggles against the deportation of asylum seekers:

“Nightlife is much more than just entertainment. Through nightlife we’re making the struggle accessible to the simple clubber. In my opinion, social struggles and nightlife have always gone hand in hand, we as club owners have a platform and the ability to protest and to organize events, and that’s why it’s important to us to take practical steps and not only to write a manifesto, but also to give money to those organizations, every business according to its ability. To provide fuel for the struggle.”

The Israeli government recently launched its deportation plan this month that will force “tens of thousands of African migrants to choose between deportation to a third country or incarceration for an unspecified length of time,” according to Aljazeera.

This has caused increased conflict in the region, with many locals and immigrants claiming the government’s deportation initiative is racist and a “complete disregard for the life and dignity of asylum seekers.”

Earlier this month, Lenfant and his partners at Nightlife Against Deportation launched a petition to support the cause and bring about change, which has garnered signatures from 30 different business in Tel Aviv, including nightclubs Alphabet, Breakfast, Beit Ma’ariv and the Mezeg bar as well as The Pergamon club in Jerusalem.

“We urge our Government to cancel the mass deportation, and implement a true, just and transparent asylum process to grant true protection to those so deserving,” Lenfant declared on Facebook.

The Nightlife Against Deportation weekend of donations will begin on February 22.