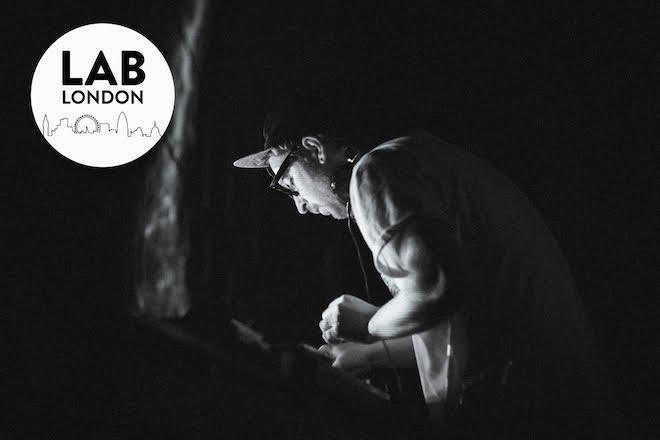 The Lab LDN is Mixmag and Smirnoff Sound Collective's weekly live stream, powered by Void Acoustics, where we showcase the finest DJs direct from our world famous office party and this week welcome the futuristic and deep grooves of Synkro.

Having been on our hit-list for some time, the Manchester-based producer will make his Lab LDN debut to help shine the light on his fantastic debut album 'Changes'. His solo EPs have ranged between the more idyllic side of Boards Of Canada's IDM to the minimal bass of dBridge and ASC and his debut album leans more towards the latter, with analogue synths and digitalised snares used to create whats rapidly becoming his signature futuristic depth.

Over the years Synkro's supporters have included the likes of dBridge, Instra:mental, Giles Peterson, Brendon Moeller, Mary Anne Hobbs, London Electricity, Kasra and many more. His talent is unquestionable with releases on various different styles and tempos on labels such as Exit, Box Clever and Origami Sound to name but a few.

He'll be stepping up to the plate this Friday from 4.30pm for a full 90 minutes and you can tune in below or on MixmagTV.

The Smirnoff Sound Collective is all about bringing fans closer to the DJs. Giving up and coming talent a platform and throwing unique events where fans and artists can party together. Check out more from the Sound Collective here