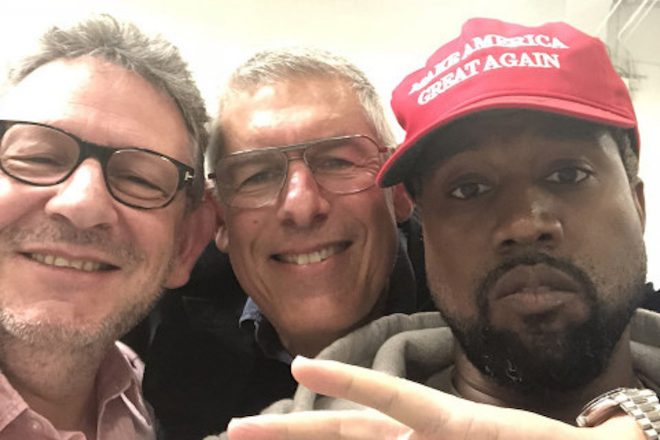 In the wake of Kanye West's reemergence on Twitter, writing what he says is his own philosophy and further declaring his support for US President Donald Trump, a new study has found that Kanye's fans hold opposing values than the eccentric artist.

The connection between music and politics has always been powerful, but recently the bromance between Kanye West and President Trump has strengthened that relationship. With that in mind, the crew at TickPick polled over 1,000 Americans about their preferred music and stances on major party issues.

The study confirms many of the more obvious points, like how the majority of Republicans enjoy to country music, over 80 per cent of David Bowie fans think same-sex marriage should be legalized and fans of Tupac think marijuana should be legalized. But when it comes to the overall support of Trump, over 70 per cent of Kanye West fans think the President is doing a poor job in office.

With Kanye clearly supporting the President, who has been called a racist and misogynist, why are people still his fans even though they clearly have different values? How can people support an artist who says racist comments, including how slavery was a choice, which Kanye said earlier this month?

According to a CNN poll conducted by SSRS, over 50 per cent of Americans who heard of Kanye West's comments on politics and slavery say he made them because he simply wants publicity. And only 39% think he really believes what he's saying.

View the infographic from TickPick below. 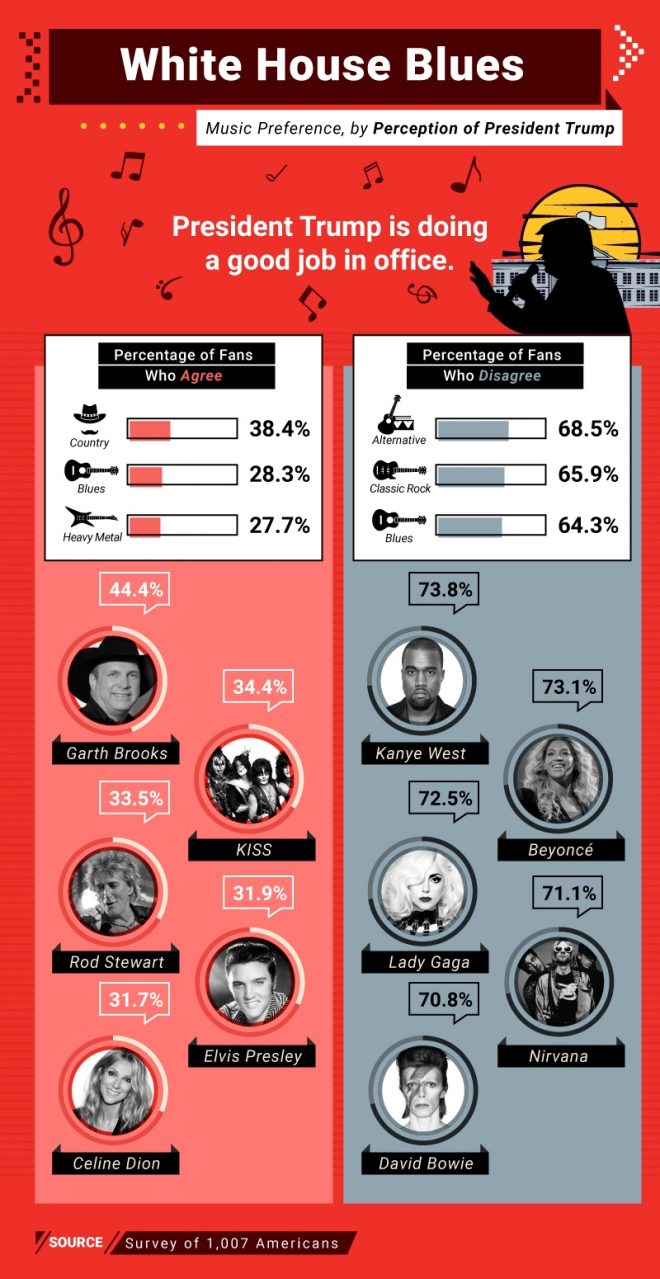