In a series of 'Decade's Ends' tweets, the Recording Industry Association of America (RIAA) revealed that streaming now makes up a staggering 80 percent of the US music market, up from 7 percent in 2010.

The organisation also found that paid streaming music subscriptions, such as Apple Music and Spotify, grew from 1.5 million in 2010 to 61.1 million in 2019.

Read this next: Physical music has outsold digital downloads in the US for the first time since 2011


While overall physical sales (CDs, vinyl, downloads) sunk from 52% at the decade's start to 9 per cent in 2019, a graph published by the organisation revealed that vinyl album revenues in the US had grown from over $50 million in 2009 to just under $450 million by 2018.

Check out the graphs below for a full breakdown of the decade's music market trends, according to the RIAA. 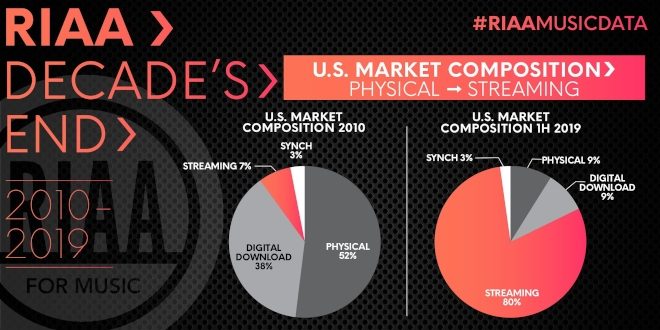 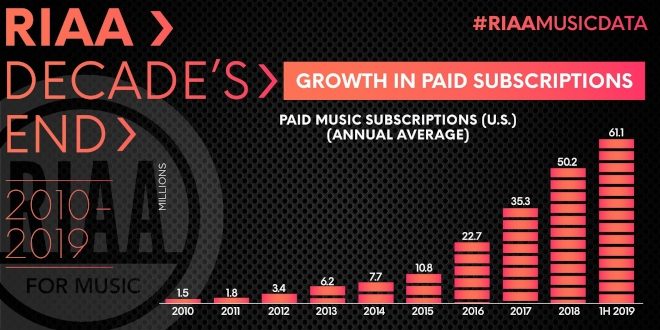 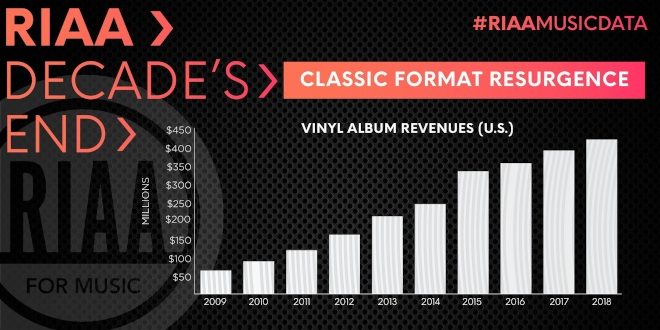