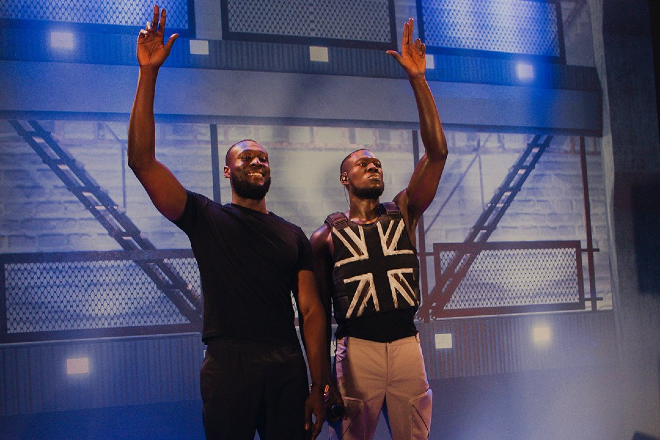 Madame Tussauds has added a waxwork of Stormzy to its collection.

The figure is based on the rapper’s look during his 2019 Glastonbury performance. Accordingly, it features an imitation of the Banksy-designed bulletproof vest he wore that night.

The waxwork was unveiled at an event with family, friends, and winners of his #Merky Books writing competition.

Sharing a video of his first encounter with it, Stormzy said:

“I’m proud and I hope when my fans see my figure, they feel proud too.

“I was told Madame Tussauds London wanted to make a figure of me just after I performed at Glastonbury, and it really felt like the icing on top of the cake. Growing up, going to school, we’d go to Madame Tussauds London all the time. For me to be there, it feels like, flipping heck, I’m going up in the world.”

He also told the BBC that “seeing myself in 3D was probably the creepiest, sickest, scariest, strangest, most surreal thing ever, but I feel so honoured…”

Read this next: A deeper African source: How grime and afrobeat is influencing UK jazz

Stormzy’s Glastonbury set made history as he became the first Black British solo artist to headline the festival.

Alongside his contributions to grime and music more generally, Stormzy has engaged in a wealth of community activism through his charity the #Merky Foundation. From supporting Black students through their time at Cambridge University to publishing an intersectional children’s book, the 28-year-old artist is a strong voice in calling for racial and social justice.

Tim Waters, general manager at Madame Tussauds, said: “There is no denying that Stormzy’s influence is more than just his incredible music prowess.

“Stormzy has a huge sense of community and with each release of a new record comes another announcement of his scholarship programme, his publishing imprint, or his £10 million pledge to fight social injustice in the UK. It would have been very easy to position Stormzy’s figure in our music zone, but we took a step back and decided to launch his figure in our culture zone.

Read this next:Stormzy: "If we weren't oppressed, we wouldn't be shouting"

“We want to reflect that Stormzy is the voice of a generation that continues to have a significant influence on British culture, whether that’s through his award-winning music or his activism.”

Visitors can find Stormzy’s waxwork in the culture zone, alongside models of William Shakespeare, Oscar Wilde, and Barack Obama.