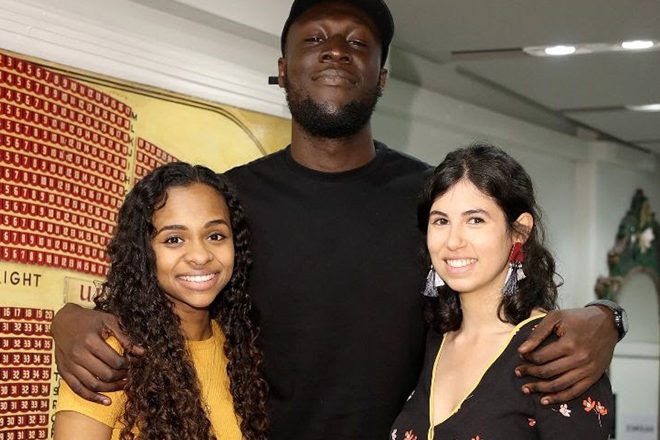 The winners of Stormzy's inaugural #Merky Books New Writers' prize have been announced as Monika Radojevic and Hafsa Zayyan (both pictured), who will now be represented by The Good Literary Agency and receive a publishing contract with #Merky Books.

Radojevic's submission was a poetry collection entitled '23 and Me' that explores cultural belonging and identity, while Zayyan's novel 'We Are All Birds of Uganda' tells a tale about "generational and racial divides and the meaning of sacrifice, loyalty and love."

The winners were announced at Penguin Presents, an annual celebration of the publishing house's most exciting authors, their upcoming books and the transformative effects of reading.

Over 1,200 submissions were entered for the prize, which was open to writers of poetry, fiction and non-fiction (aged between 16 and 30) living in the UK and Eire.

The prize was announced in March with the joint aim to promote stories that aren't often heard and to "find the best writer of a new generation." Radojevic and Zayyan were selected as winners by a panel that consisted of Stormzy, poet Kayo Chingonyi, writer Yrsa Daley-Ward, agent and writer Nikesh Shukla and Penguin Random House UK's Susan Sandon.

"Thank you for applying, because the new writers' prize is a very new thing, so I'm proud you guys had the confidence to apply," explained Stormzy. "A lot of talented people don't fulfil their potential, they are so talented but they sit on it, I call it the beautiful shame. But you guys have the confidence to write, to do something about it, and that's amazing."