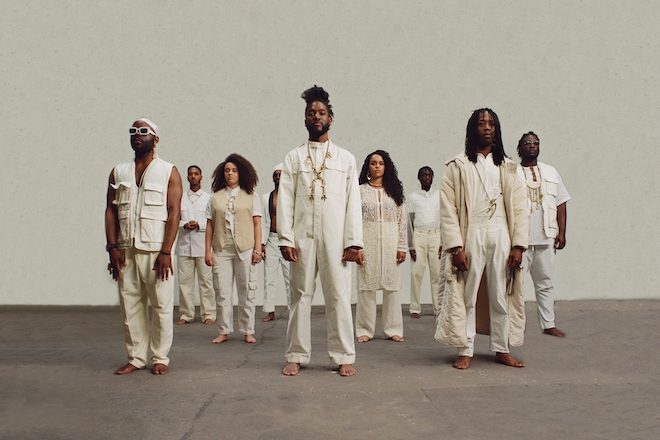 London jazz collective Steam Down have had a corker of a week.

They released their latest single ‘Empower’, a grounding, invigorating track that’s “all about manifesting confidence and fortifying yourself in the knowledge that you have the power to overcome, persist and achieve in the face of any adversity you may be dealing with,” as Steam Down founder Ahnansé says.

It heralds the forthcoming release of their debut EP ‘Five Fruit’ which will be released on September 24 via Decca.

The EP looks at “changing from the inside out: one emotional state at a time.” Ahnansé elaborates, “We are currently living in an unprecedented time, dealing with a global pandemic, political injustice and social unrest. Through times like these we have to change and adapt.”

Steam Down also welcomed a live audience back to their weekly music nights in London this week at the South London railway arches bar that they call home.

Formed in May 2017, Steam Down have grown from a collective to a movement, connecting a community across the strains of touring, gentrification and threats to London’s art scenes.

Listen to ‘Empower’ below.