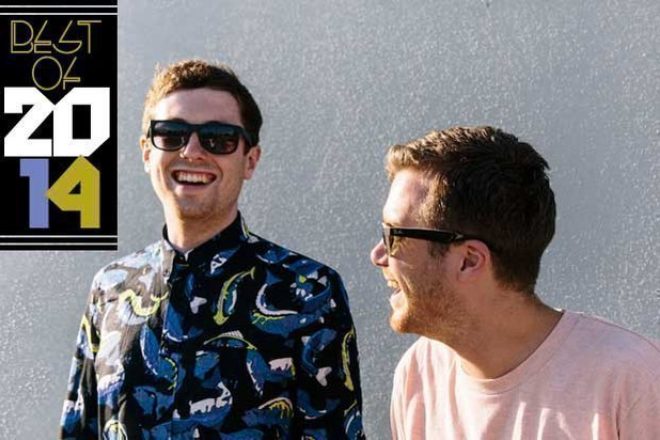 The way Matt 'RackNRuin' Robson-Scott (29) remembers it, he and Kyle 'Foamo' Gibbon (28) were "hitting brick walls" with their solo material when they met on the European DJ circuit a couple of years back, their shared agent having packaged them together because "we were both doing that electro-house kind of thing." They talked, tried a few ideas out, and "it was fun because we actually managed to finish tracks." The North London pair's 2013 single 'Real' got airplay on Radio 1, but it was this year's MNEK-featuring 'Ready For Your Love' that shot them towards the Top 5 – and the title of 2014's biggest dance crossover act.

'Ready For Your Love' rests on a squelchy acid house beat, MNEK's voice adding a garage flavour, while another of their stand-outs, 'Go All Night', takes us back to the 90s New York scene, fusing Jennifer Hudson's soulful holler with a joyous piano riff. "The biggest deal for us was getting the album out," Robson-Scott says of October's Top 10 debut 'Sirens', "but we've been pinching ourselves at the gigs we've been getting. We played Hard Summer in LA and there must have been six thousand people there. Bestival was big, and Glastonbury, and we got our own Warehouse Project, too."

Even the sky's no limit: they DJed at 35,000ft for the maiden flight of Virgin Atlantic's new jetliner last month. So do they feel like proper pop stars now? "We can't think about it like that," Robson-Scott says. "We're still doing what we always did: DJing in clubs. We've got a band for our live shows now, but we're still grounded in the music we love. It's just that now and again we end up doing something else we never thought we'd do."

Check out Gorgon City and Kidnap Kid throw down at the Nottingham leg of Mixmag and Blu's Music Tour earlier this month.