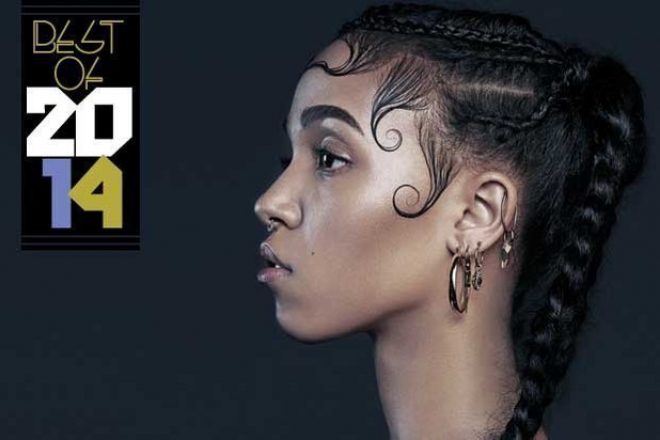 Music often mixes the sacred and profane, the novel and familiar. Appropriately, FKA Twigs' 'LP1' begins with an operatic flourish fit for evensong, glides through head-spinning trip pop and climaxes in a rhapsody of wanking. It's steely, slippery, drily witty, unpredictable and fearsomely accomplished, like its flamingo-necked creator, 27-yearold Spanish-Jamaican singer-dancer-producer Tahliah 'twigs' Barnett, a woman who's always existed in a world of her own.

Now, her increasing success is dragging her out into a receptive world. As a professional dancer, she's used to being looked at critically, and she's been singing on stage since she was eight, but 2014 was another level: she's had just three days off all year, been nominated for the Mercury Prize ("It was weird. I knew I wouldn't win") and appeared regularly in the tabloids.

"Last week Prince invited me to go and perform at his Paisley Park venue," she confides. "He played a set of three or four songs, then went backstage and talked for an hour, then went back on, and then he said to me, 'What do I have to do to get you on stage with me?' I said, 'I won't sing, but I'll dance – I'll be the girl from the 'Kiss' video and I'll dance with you'."

What Prince – and everyone else who mattered this year – wanted was a taste of Twigs' brilliant half-step pocket symphonies, her unsettled soul music stranded halfway between Kwes and Kwabs. Probably only The XX have defined their sound and aesthetic so completely with a debut in the last five years. There may be no Twigs remixes yet, but visually she's always remixing herself, as her remarkable YouTube channel attests.

In 2015 there'll be more headline dates, more music, more blossom on the trees. "I will become a shrub," she promises. Try to break these twigs at your peril.

'Two Weeks'
Door-knock drums echo through this intense, intoxicating single about stealing a lover from her rival ('Give me two weeks, you won't recognise her')

'Hours'
Twigs' multi-tracked, dog-bothering falsetto hovers above a musical hall of mirrors – a memory of a song whispered in a dream