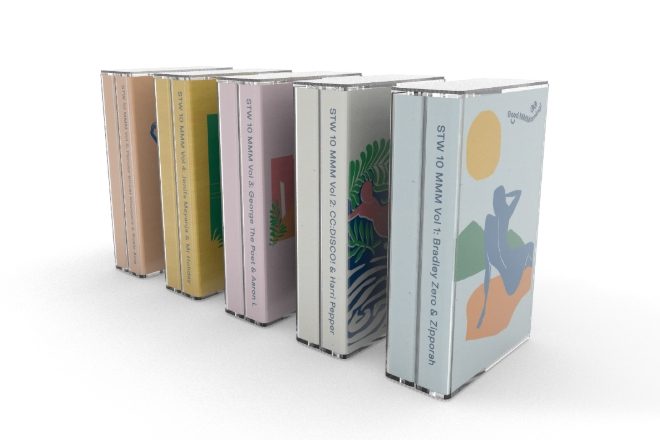 Continuing its eight-year-strong weekly series, Stamp The Wax is celebrating its tenth anniversary with some special editions of Monday Morning Mixtapes.

For the first time ever, STW will be making the long-running mixtape series physical with 10 cassettes from it's favourite artists and friends to raise money for multiple charities.

Read this next: Hector Plimmer is among the 27 artists on the new Stamp The Wax isolation therapy compilation

Monday Morning Mixtapes has been a continued fixture of STW since 2013, two years after the site’s initial curation. The weekly episodes come digitally each Monday, relaxing listeners into the week with sounds from DJs around the world.

Now, an ode to its tenth year will be celebrated by DJs CC:DISCO!, Bradley Zero, Jennifer Mayanja, Pender Street Steppers, George The Poet, and more.

STW founders Rosie Cain and Aaron Levitt will also feature on the mixtapes, as well as contributions from continued Stamp The Wax residents Harri Pepper, Mr Holiday, and Zipporah.

Five cassettes will be released including two mixes - one on each side - each 90-minutes long. The mixtapes are available now until November 9 for a limited run time.

Each guest “has played a part in the site’s history, across editorial, films or parties”, according to STW, with co-founder Aaron Levitt adding: “all five guests have played a pivotal role in moulding, inspiring and growing STW over the last decade.”

Read this next: Cassette sales have nearly doubled this year, but are they making a comeback?

One double cassette is priced at £14, while the full series is available for £45. Grab your copy here, and check out each volume of the Monday Morning Mixtape cassettes below along with the artists’ chosen charities: