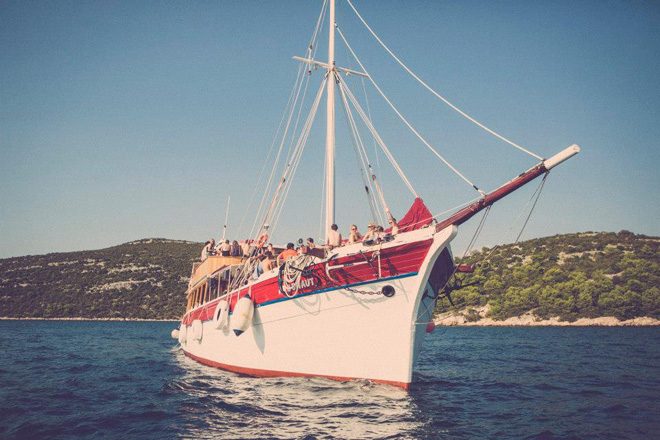 Croatian festival Soundwave has announced the line-up for its iconic boat parties.

Reaching its 10th and final year, Soundwave is heading out with a bang with some of the world’s top artists taking to the stunning Adriatic sea to perform.

The Final Wave parties are hosted by friends, family and collectives of Soundwave including Tru Thoughts, Eglo Records, First Word, Total Refreshment Centre and Soundcrash. As well as the last ever departure for the festival, The Final Voyage.

Children Of Zeus and Yazmin Lacey play the First Word party on July 27, while Josey Rebelle and Alexander Nut will play the Eglo showcase on July 29.

Other artists playing on the boats include Mr Scruff, Chunky, Rich Reason and Riot Jazz.

The festival sees 15 sea voyages taking place from July 26 to 30 July. Find out more information here and see the flyer below. 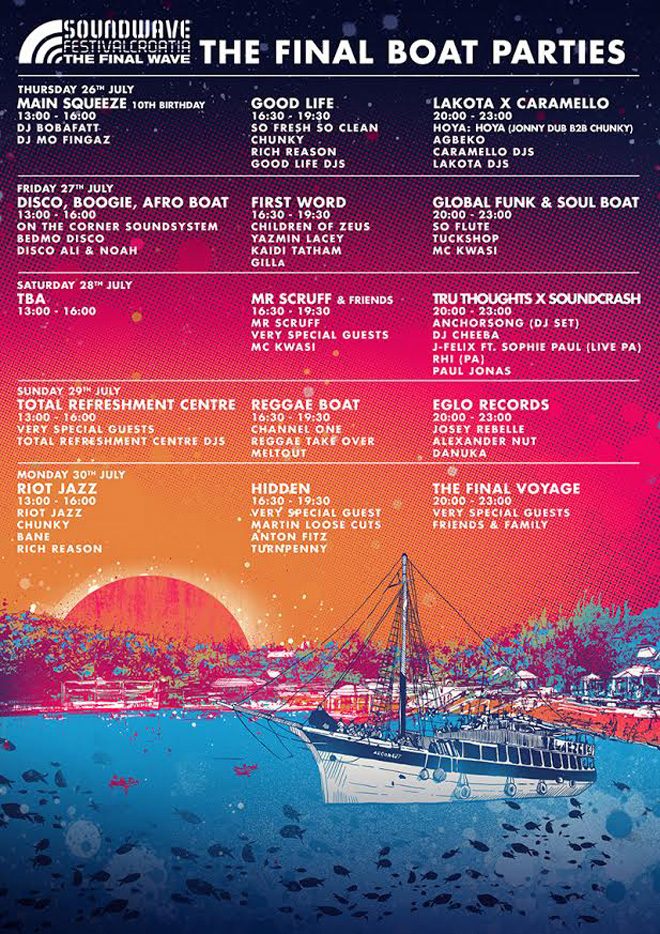