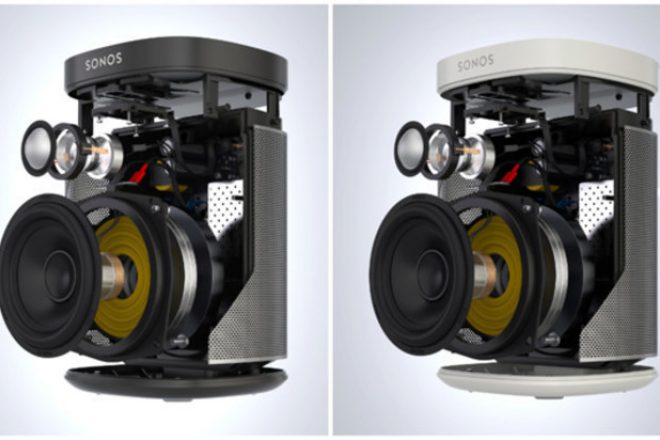 When Sonos signed up Deadmau5 to promote their Play:3 speakers they caught the dance world's attention. Here was a speaker company doing something quite different; instead of streaming music from your device via a dock or bluetooth the speaker would stream using your home's WiFi connection via a Sonos Bridge attached to your WiFi router.

It meant you could play Spotify in your lounge while listening to Rdio or Napster in your kitchen while also using your phone/tablet/laptop to do other online things all at once. It was very, very clever. But not exactly entry-point priced.

At that price, getting a pair doesn't seem like such an extravagance. Having two means you can split your music for a stereo effect or play different music from each simultaneously in different rooms. Great for house parties and something you can't do with a Bluetooth speaker. The sound incidentally has a deep bass and one speaker can fill a room with music easily.

The Play:1 isn't perfect, however. The lack of audio ports in the back means you can't just plug it into your mixer to use it as your DJing monitor. Plus the speakers have to be plugged into an electric socket. Sonos told us they'd rather use the space where a battery would be to instead make the sound better. Either way you won't be taking it to the beach.

Overall the Play:1 is a solid, great sounding speaker and if you are looking to upgrade your home speaker system and aren't fussed about a portable dock this should be Christmas list potential.