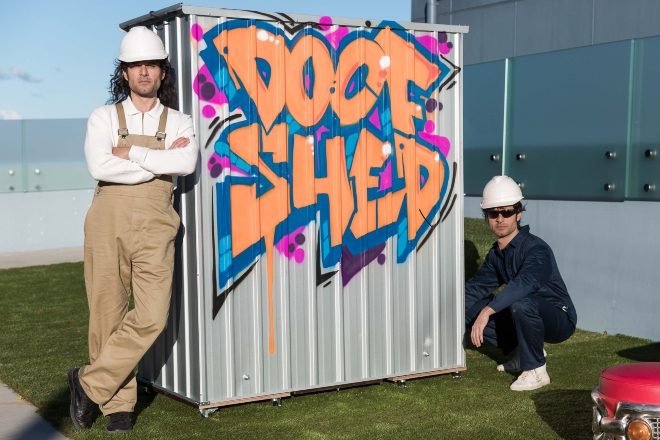 Read this next: Manchester DJs smash the world record for largest b2b relay

The Sydney-based artists curated the miniature club during lockdown as a means to keep the club scene alive through their own vision. The last record set under this title was by Rotherham’s ‘Club 28’ which came in at around 2m x 1.5m.

With a Focal soundsystem, Pioneer decks, club lighting and a ‘full send’ button which initiates an array of club-like features from smoke machines, strobes and lasers, Doof Shed perfectly emulates the club experience within the metre wide walls.

“Dance music culture continues to experience setbacks worldwide, with music festivals and nightclubs closing or being cancelled at a rapid rate. The landscape has become very difficult for promoters to schedule future events, running the risk of having their events cancelled last minute due to COVID restrictions or sudden government lockdowns,” says Harry.

Read this next: A former phone box in Devon is now the 'world's smallest nightclub'

The club experience was exhibited to the public after lockdown restrictions eased in Sydney, where clubs and events have now been running since the end of last year.

Punters could enter into a ballot system for an opportunity to experience the Doof Shed, where all proceeds made by the pair went toward mental health charities for those who have struggled during the pandemic.

Doubling as a DJ and artist, Harry Nathan also produces electronic music, signed to Berlin’s Majestic Casual. “I never plan my performances, each set is unique to the individual; I connect my consciousness to the energy that each audience member brings into the space,” he says.

Watch a video about Doof Shed below.

The world's smallest nightclub has been erected in Sydney - a 1.5meter 'Doof Shed' which fits seven people.