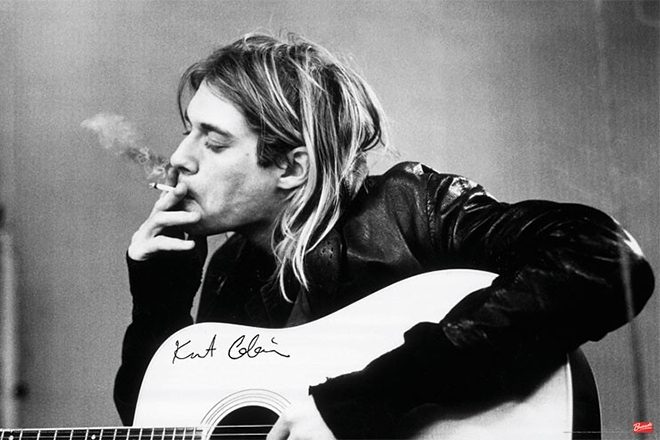 Each hair worked out at $2,357.50, going to the highest bidder, John Reznikoff, who collects famous people’s hair in the Guinness World Record’s ’largest collection of historic hair’.

Read this next: Super trippy, newly discovered art by Kurt Cobain to show in Seattle

The strands were allegedly the only known pieces of Kurt Cobain’s hair out for sale. The strands were cut by his good friend Tessa Osbourne in 1989 while Nirvana toured their newest album ‘Bleach’.

Accompanying the strands of hair sold in a clear plastic bag which can be seen on TMZ, a polaroid photo of Tessa wielding a pair of scissors next to a beaming Kurt Cobain was also given to the highest bidder.

The strands were cut in Birmingham, UK, and were then kept by Tessa until Kurt’s death in 1994 where she then gave them to Seattle artist Nicole DePolo as a gift with a handwritten note saying: ‘29/10/89: Tess cut Kurt's hair in Birmingham, England, 27 Holy Rd, Handsworth, Birmingham, B202BU’.

The Amazing Music Auction also sold memorabilia from other iconic musicians such as The Beatles, Eric Clapton, Bob Dylan, and Led Zeppelin.

Read this next: Grimes is selling a 'fraction of her soul' at auction

Iconic Auctions stated: “This one-of-a-kind artefact is entirely fresh-to-market and is accompanied by an impeccable lineage of provenance including photos of Kurt posing with the woman who cut this hair, scissors in hand, and a fantastic shot of the hair actually being cut!”

In 2019, Kurt Cobain’s cardigan worn on the set of Nirvana’s MTV Unplugged show sold at auction for $334,000, four years after it was originally sold for $137,000. Although unwashed, it became the most expensive cardigan ever sold at an auction.