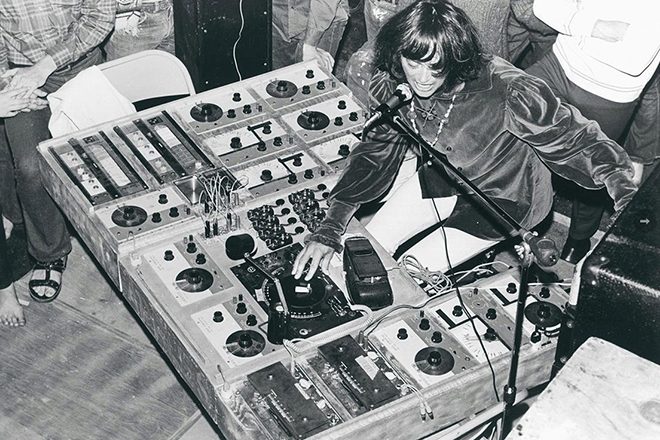 Simeon Coxe, an electronic music pioneer and co-founder of the group Silver Apples, has died aged 82.

An obituary has been posted on AL.com, stating that the Knoxville, Tennessee-born artist passed away yesterday, September 8, in Fairhope, Alabama.

It adds: “He was an artist and a news reporter-producer for WKRG, TV, Mobile, AL in the 1970's, as well as other out of state TV stations in the 70's and 80's. He is famously best known worldwide for his seminal work in electronic music with his band, Silver Apples.”

Coxe was an inventor and synth pioneer, who designed and made the instrument he played in Silver Apples after co-founding the group in 1967 with drummer Danny Taylor.

The duo initially played together in the Overland Stage Electric Band, which broke apart when the other band members apart from Taylor felt alienated by Coxe’s attempts to incorporate futuristic electronic elements into their sound.

“I don't think they had any imagination, y'know. Or somehow they felt threatened by it. Instead of saying, 'Hey, this is kinda crazy, this is interesting, let's see what we can do with this,' they rejected it,” said Coxe in 2010.

Jimi Hendrix was a fan, jamming with Silver Apples in 1969 ahead of his iconic Woodstock slot.

The group initially disbanded in 1970 after two albums: ‘Silver Apples’ and ‘Contact’. Their decision to call it quits was prompted by a lawsuit from Pan Am Airlines following imagery of the duo in a Pan Am plane cockpit and wreckage of plane being used in the artwork of ‘Contact’.

Silver Apples became active again from 1996 to 1999 with Coxe being joined by Xian Hawkins in a new line-up, before Taylor rejoined in 1998 for live shows. Three studio albums came out in 1998: ‘Beacon’, ‘The Garden’ and ‘Decatur’.

After Taylor died in 2005 from a heart attacked aged 56, Coxe revived the project in 2006 and used samples of Taylor’s drumming in the music. The latest Silver Apples studio album ‘Clinging To A Dream’ came out in 2016.