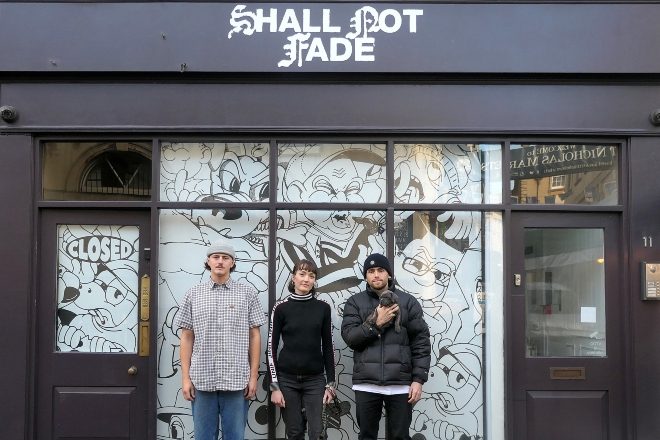 On Saturday, December 4, Bristol’s crucial imprint Shall Not Fade is launching its very own record store in the heart of the city.

Founded by Kieran Williams, Shall Not Fade has been running for six years in Bristol with a plethora of DJs and producers under their belt, previously releasing tracks from the likes of Baltra, Demuja, DJ Boring, Harrison BDP, and EFFY.

Now, the label will expand into a record store with an added plant store named Plant Works, DJ lessons, and label management classes.

Read this next: Why you should be excited about Bristol's music scene

Over the years, Shall Not Fade has expanded to include sub-imprint Time Is Now, another project seminal to the Bristolian music scene with a focus on breaks, garage, and bass-heavy tracks from Interplanetary Criminal, BAKEY, and DJ Crisps.

The new record store will open its doors on December 4 on St Nicholas Street in Bristol’s Old City. On its opening night, Laurence Guy will take over the decks for an in-store set, followed by a second opening party the following weekend.

On Friday, December 10, DJOKO, Cinthie, Kessler and Ejeca will each play the store’s second opening party alongside some more guests yet to be announced.

All four producers are set to play an after-party at Bristol club Motion that same night, with added slots from Black Loops, Y U QT & Killa P, and Ell Murphy.

Read this next: Shanti Celeste: "Bristol is very different - you get all kinds of people moving here to be creative"

Alongside the record shop, Shall Not Fade will begin how-to-DJ sessions and label management classes from January, with the latter costing £90 comprising of six two-hour sessions over three months.

The lessons will teach skills in A&R, vinyl manufacturing, events, marketing, press, radio, and more. Half of each course’s spots will be free for disadvantaged individuals aged 18-24.

Grab your tickets to the opening party at Motion here, and find out more about Shall Not Fade’s music industry lessons here.