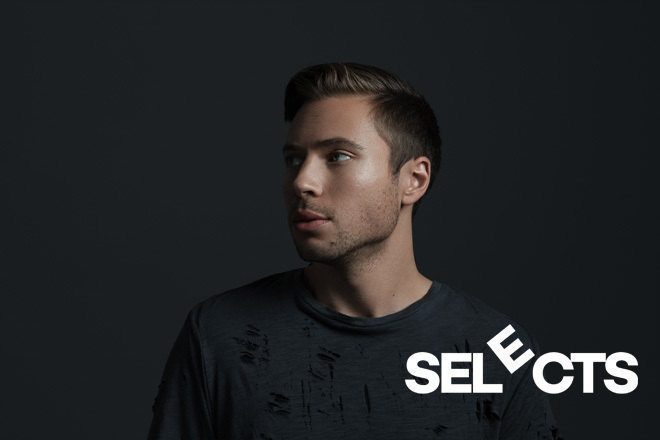 Every week, Mixmag invites the world's most revered artists to bring us an Apple Music playlist, hand-selected by them and curated especially for your listening pleasure. From Disclosure to Bonobo, the Selects series has seen a wealth of artists dig deep for old school gems and fresh new beats.

It's been over ten years since Tim Green burst onto the scene and since then he's made himself very comfortable at the forefront of house and techno. Tracks like 'Revox' and 'Mr Dry' arrived early in his career and that was just the beginning for the UK producer.

Through hopping between labels like Dirtybird, Renaissance, Get Physical and My Favourite Robot, Green has earned a star-studded army of supporters, like Richie Hawtin, Luciano, Pete Tong and perhaps most importantly, Sven Väth.

The Papa himself took a liking to Green's output and invited him to start releasing via his Cocoon imprint, ever since then it's been a match made in heaven. His most recent EP on Cocoon, 'Among Wolves' was some of his most accomplished work yet and you can catch Green playing at Amnesia with the daddy himself in a few weeks.

He even gave his own edit of 'Nineteen Hundred and Eighty Five', his high profile remix of Timo Maas & James Teej vs Paul McCartney & Wings. A track we've not been able to stop listening to.

To celebrate, we've asked Tim to compile some of his favourite tracks for a Selects playlist and what we got was a beautiful surprise. If you want 12 tracks of techno then this isn't the right place to look as this playlist includes some classical wonders, forgotten gems and a few house bangers thrown in for good measure. This is really good.

Do it again - Steely Dan

First track from their debut album back in 1972. Its still my favourite album from them and I listen to this album still so regularly. I think its such good song writing, intelligent yet accessible.

Just one of many favourites from Jeff Buckley. As usual just so much heart and deliverance in every word he sings. This is the first track on his debut, and really only album he ever released. Such a perfect way to introduce himself and the whole album, sets the tone beautifully.

One of my favourite Jazz artists. Specifically when she’s with the trio. Heard this song and several others originally once late at night on BBC radio 4 I think it was, when I was a kid. Such a great groove to this. Just love the melodies she comes up with on the Piano.

Everything about this song is awesome. Carole’s voice is like treacle. Skip to 1 minute 40 seconds to hear how amazing her voice is when she reaches those high notes.

Another beautiful film soundtrack, for the classic Donnie Darko movie. This song and theme is so well written. Again the music is just conveying the mood so perfectly. I genuinely think so many film scores are expected to not be noticed and just sit behind the film. To some extent I agree with this, but they are truly great film scores when they dont get in the forefront of the film, but are still grabbing the attention of the viewer / listener.

One of my most recent favourite pieces. So beautiful all the way through, and so incredibly dynamic and dramatic.

I think one of the best themes ever written for a movie. The Social Network. It really conveys the whole feeling of the character and film in one song. Its so refreshing as well to have essentially such an alternative style soundtrack in style, compared to the usual orchestra lead soundtracks.

One of my earliest memories of drum and bass, most especially as I’m a huge Bob James fan growing up as well. So this was the first drum and bass song I actually knew something about.

I think this was the first song I heard by them, hard to remember. But everything they do is always amazing. The musicality yet simplicity they put into their songs is massively inspiring to me. They can do no wrong!

Absolute classic that I still love playing, but more so just love listening to. My favourite kind of electronic music is when you can play it in a club and also listen to it completely as a song in its own right, just enjoying its musicality.

Ive been recently listening more and more to African music. But with not always the best idea where to start looking. As I’m a huge fan of Peter Gabriel, his Real World Records seemed like a perfect place to start. I fell in love with this song instantly.