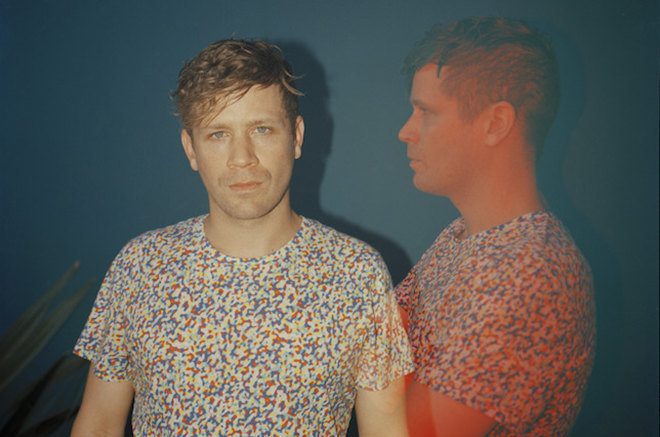 Next up on Mixmag's Selects series is Moon Boots, the Brooklyn born Peter Dougherty who first broke through as a founding member of the French Express and has since branched off for his own project.

Finding a home on Anjunadeep, Moon Boots has garnered the support from the likes of major house tastemakers like Annie Mac, Gorgon City, Skream, Jamie Jones and more. This year, he's readying his debut album 'First Landing', which will release later in 2017 on the London-rooted imprint.

Moon Boots heads to the Spring 2017 edition of CRSSD Fest this weekend, along with the likes of Jackmaster, Flume, Seth Troxler b2b Eats Everything and more. Find more info on the festival here.

Ahead of his appearance at the festival on Saturday, Dougherty hands us a playlist of his current favourite listenings for this episode of Selects. Tune in below.

Wake & Odyssey 'Down With Tha'

It's addictive, I love the way they flipped this. What a crazy breakdown!

Undeniable proof — if anyone needed it — that we will always need epic slo-mo disco music.

This track samples a Lady Gaga YouTube clip that’s been doing the rounds lately... I wonder if that is a coincidence or if he’s had it in the can for a while? Either way, it doesn't matter, it’s a banger.

David & Hijati 'Whatever You Want'

I just picked this up and it’s as funky as they come. Grade A edit material!

'My Bleep' starts a bit trance-y and ends up somewhere totally different. There's some sick programming and it's very fun to play out.

Joakim 'Would You Give Up' (The Drifter Remix)

This tune is uplifting. Sort of cosmic stuff... and I know those words get overused, but that's what this is!

'As If' is acid house that’s way more catchy and fun than acid house has a right to be. To me, it sounds like he's looping the phrase "'cuz you must like Pete", which is probably what I find so catchy and fun about it.

This one is a few years old because I missed it the first time around... but better late than never!

This is what happens when two brilliant minds collide. I can’t wait to hear Terje’s second album, or the original version of this song, for that matter.