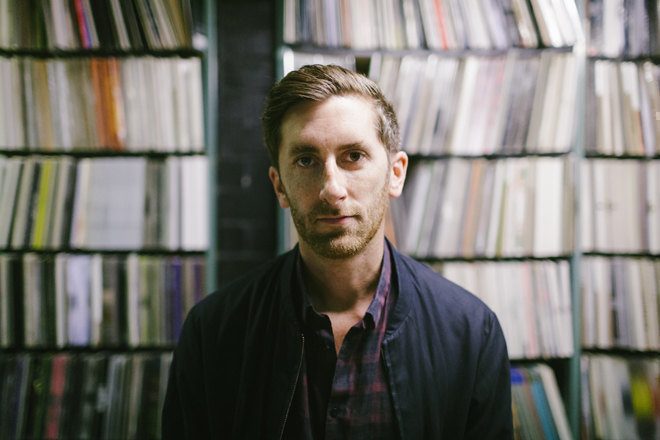 Every week, Mixmag invites the world's most revered artists to bring us an Apple Music playlist, hand-selected by them and curated especially for your listening pleasure. From Disclosure to Bonobo, the Selects series has seen a wealth of artists dig deep for old school gems and fresh new beats.

Last weekend we went to Kappa Futur Festival in Italy and the scale of the event was staggering. The main stage housed 25,000 screaming ravers and although it was the main draw, the other two stages showcased some seriously delightful tech.

On the Dora stage, one of the highlight acts was Shannon and Dewalta Live and for our latest Selects playlist we get a look inside the listening habits of one half of this power duo, Mike Shannon.

The Canadian producer and selector has a very distinct style and we'd usually file his tracks under 'bumpin and rollin'. His delectable house beats have won him plaudits from around the world and he's a regular at Half Baked, the event where we first saw him lay down the pace.

When he rolled out 'Over & Over' from his '5 Years Of Love' EP, the Half Baked birthday went wild and that's when we full realised the power of his music. He's an enigmatic DJ and one that's constantly surprising us, which is why we're so happy he's compiled one of the most eclectic Apple Music playlists yet.

There's some old school Aphex, a touch of Nina Simone and of course some club-focused cuts from himself and regular partner-in-crime, Dewalta. Have a listen below and check out why these tracks are so dear to Mr Shannon.

'Surfing on Sinewaves' was the album that smashed my brain into the next dimension. At the time I really had heard nothing quite like this and it really opened up a few inspirational doors for me. I had all ready discovered techno by the time this album was released but this track really had a whole new depth and layer of sonic intoxication in it for me. Still one of my favourite works from Richard James and one of my favourite techno tracks of all time.

'Super Collider' It Won’t Be Long

This collaboration of two geniuses like this only happens once in a lifetime and still this since I’ve heard this no two producers have come close to touching the studio genius on this record. A perfect marriage of twisted narcotic fuelled soul and endless hours of programming and processing things to the point of other worldly. I remember the day I first heard this track in my friends pimped out car and the bassline dropped and us both looking at each other like “what the fuck… how the hell did they make that bass!” I dare anyone out there to try and come close to topping this one… maybe I’m sleeping on something but I still haven’t heard anything out there quite as bad ass as this. Funny now it’s like old school that still makes you think you think you’ve tuned into the future. Maybe I’m jaded but not much music does that for me anymore.

Sylvester 'I Need Somebody To Love Tonight'

What an inspiration and a true maverick of the dance floor. Sylvester made so many amazing monster grooves over the years and few of his albums were in my mom’s record collection including this one. I heard that his secret to recording so many bombs was his studio party’s. Always recording the ambience of the room and the sound of people having fun. Just getting things so loose and fun in the studio that you really could feel that vibe being translated directly to the dance floor. This song is a blue print for modern day deep house.

First time I heard this track I just couldn’t get the chorus harmony from Pharrell out of my head. I was already into what Pharrell was doing at the time but this album really proved it for me that this guy was genius. “Drop it like it’s Hot” was on this album too! But “Let’s Get Blown” is just pure pimp afterparty illness that only Snoop and Pharrell can pull off.

This one is a new discovery for me one of my favourite labels for many years now called “Karokee Kalk” from Berlin. I was cutting the new Cynosure DDMS release at Man Made Mastering in Berlin and the label manager Thorsten aka DJ.Strobo Cop (man this is a lot of name dropping… but cool name dropping) who works there gave me a promo CD of this new release on the label. I’ve been listening to this album so much since it’s driving my family crazy. But there’s something so sweet and innocent in this production that I can’t quite put my finger on. Tracks feel very sentimental and personal. “It’s me” just touched a pure familiar place that you wouldn’t mind visiting again and again.

Nina Simone 'My Baby Just Cares For Me'

All it takes in my house to warm things up and start a little dance party is this record. My daughter instantly will drop anything she’s doing and coming running to dance with me. It just brings tears to my eyes thinking about it. Nothing can pull her away from her toys or anything so fast. This must be Nina’s most famous and most playful song. Never get’s tired for me.

I was hanging out in my flat in Montreal back in the day and my room mate comes into the living room with this crazy look in his eye and says “man, have you heard the new Radiohead? You have to listen to this!” He had a very nice pair of speakers in his room and we would often have a stoner listening session in there. This song just makes my hair stand up and hits a feeling so haunted and spell binding. The production on this one particularly is insane with the ensemble of synth strings and real strings and the sound of the drums just raises the bar for me. I was instantly a Radio head fan after hearing this and have never turned back since.

Such beautiful vocal from Fink that just resonates in your soul. Backed with the razor sharp dubwise production that my friend Scot Monteith has truly mastered so well. Knowing him and the personal place where this song comes from it truly hits a nerve for me every time I hear it and in my opinion is truly one of the best songs that he’s ever written. This song will easily have a place in my all time favorite list for an eternity.

Patrick Watson 'Know That You Know'

Again another one that hits this tender melancholic place that only a true master of the genre can pull off. This is by the most beautiful “break up song” that I’ve heard in many years. I’ve been a fan of Patrick Watson since I discovered him playing at a place called Café Serajevo in Montreal and then discovered that he had a studio right above the bar I was djing in every week. Soon became friends and did some recording together for couple of albums that I released as my Blue fields project. The guy is a song writing genius and can truly take you to some of the deepest corners of your soul. Proven right here with “Know That You Know”

Flaming Lips 'All We Have Is Now'

Yoshi Battles the Pink Robots is great album that defies the boundaries of genre for me and always takes me to a warm place. This song has been like a futuristic hymn and a sonic metaphor that fuels life inspiration and spontaneity. I love the sound of the guitar in this track, with it’s tone and over driven saturation. And the tempo and the key changes in this song just blow me away. Something you rarely hear with sequenced electronic music…

This is one of my personal favorites of the Haunt Music catalogue. It’s a project consisting of Deadbeat, Dewalta, The Mole and myself. Something we did in the studio one night while we were drinking a bottle of makers mark bourbon. Dewalta plays some lush horns on this one… and some of the sounds in the track were used from sampling the empty bottle.

Enero is the month of January in Spanish and it’s the month that both my brother and my father were born. I was living in Valencia Spain at the time I produced this and going through some big transitions. I’m a strong believer that energy flows from one living thing to another and after the passing of my father I really felt that I had a different sense of momentum that I didn’t have before. Enero is dedicated to this.

This was one of the very first tracks that I released on my label Cynosure Recordings back in 1999. Matt is really such a synth magic user that’s been collecting synths with his twin brother Mark since they were 10 years old. You can really here some of those synth shining on Archenar. I never get tired of this one and the quality of this production is second to none. Tuly timeless.