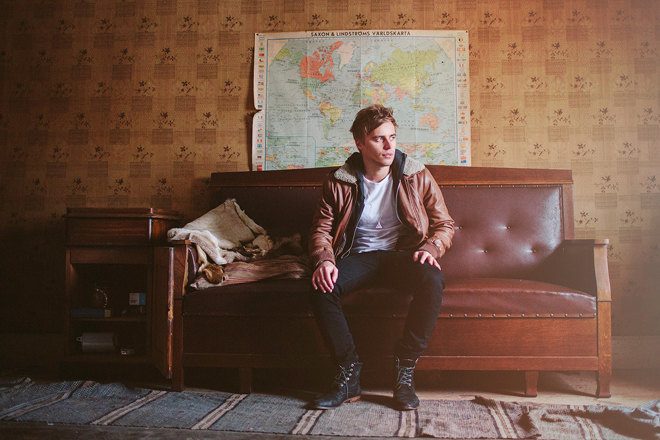 Every week, Mixmag invites the world's most revered artists to bring us an Apple Music playlist, hand-selected by them and curated especially for your listening pleasure. From Disclosure to Bonobo, the Selects series has seen a spectrum of tunes come through from major crate dig gems to the freshest tunes that are moving your favorite talents today.

Cedric Steinmyller is Klingande, a standout of the graceful melodic house end of the dance music spectrum. The Northern France native is rooted in a background of music theory studies and began seriously creating music in 2012 and merely one year later, his widely popular 'Jubel' became his multi-million listen hit.

Klingande finds himself on par with the likes of fellow melodic house pioneers Bakermat, Kygo and Wankelmut and is preparing for the release of a new single called 'Somewhere New' later this August.

Later this summer, Klingande is also set to make his anticipated 2016 New York debut when he takes the Mixmag Water stage at BangOn!NYC's Elements Music & Arts Festival on August 13. Find more info on the festival here.

Definitely one of the singles of this summer. Kungs is a friend and French producer and his song is made for dancing!

This is one of my favourites from Kygo. I really like his sense of melodies. I am going to be playing with him this summer in Ibiza and I can’t wait!

Everybody should stop and listen to Petit Biscuit. He is another French producer, really young, and his sound is so fresh! Don’t miss it.

Kazy Lambist - On You

This track is from Kazy Lambist's first EP. Typical French Touch electronic music. I dig the groove and the electronic sound they bring to their music.

I heard this song for the first time during Miami Music Week and then absolutely everywhere during the week. This track is amazing!

Fans know that I play a lot of Michael's tracks. For me, he is one of the most talented producers around and is capable of producing pretty much everything. He's always surprising us with each new release. I can’t wait for the next ones, considering all the master tracks he released over the past year!

Sigala - Give Me Your Love

Just one thing to say - listen to this, smile and dance!

The Chainsmokers - Don’t Let Me Down

I’m amazed by The Chainsmokers's producing talent and waiting for the next one. I hope to see them play somewhere soon!

It’s no secret that Flume is my favourite producer. I can’t do a Selects without a track from him! I have huge respect for his work.

Probably my favorite track from Robin, who is of course a great producer and influence. I’m really happy to see again on tour this summer!

Klangkarussell inspired me back in 2013 with their sound. I have the great honor to play with them at Amnesia Ibiza on July 10 for my Playground Party.