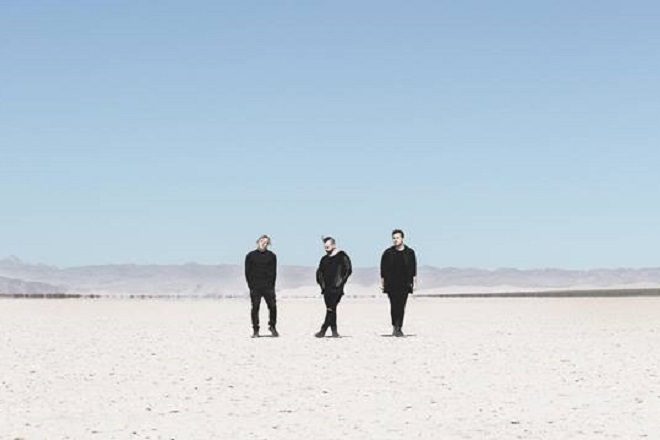 Australian electronic pop purveyors RÜFÜS DU SOL have dropped their first track in two years ahead of the release of their third album later this year.

'No Place' features the Sydney-bred three-piece's characteristic haunting, crescendo-packed sound and is their first track after fully adopting their US name, having remained under their original name RÜFÜS in their home country until now.

Vocalist Tyron Lindqvist joked to Triple J they were "sick of the banter between the two characters" so had now fully adopted the longer name, which was formed after a trademark dispute with US funk act Rufus, best known for their work with Chaka Khan, over the name in 2014.

“I guess we don’t really know any other bands that have two names throughout the entire world so it just seemed fitting,” he said. “You can call us whatever you want, most people still call us RÜFÜS [for short].”


The band has spent the past year in Venice, California, writing and recording their third album, which is "largely influenced by the stark desert landscapes of California and their experiences on the road," and are reportedly planning a world tour before arriving back in Australia.

Stream 'No Place,' out through Sony, below.