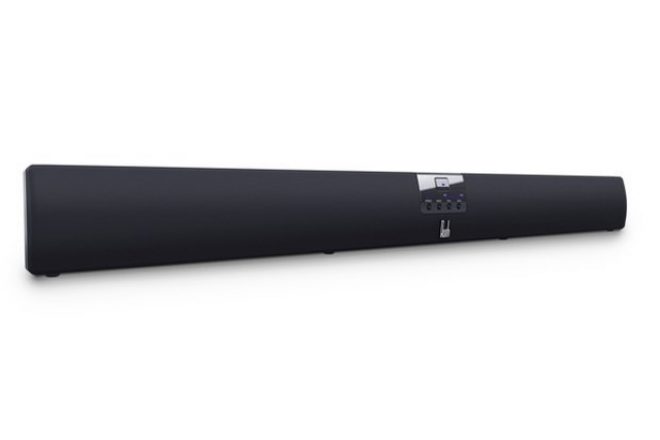 Thin and lightweight, flat screen TVs offer a great picture but often pay for it with thin, weak sound. Designed to boost the sound of flat panel televisions, sound bars like the Sub Zero II pack in dedicated loudspeakers to do your films, games and music justice.

Not the most eye-catching device, the Sub Zero II is designed to disappear into your existing front room set up. Black and unassuming with an LED display, the Roth's discreet looks betray its low price point.

Sound quality is good, with the Sub Zero II lending some added weight and authority to your television's existing, built in speakers. Although not the highest around, 60 watts of Class D power are channeled into two Ultra-Bass passive drivers and four ferrite drivers. The result is thick full bodied sound, with a punchy midrange and low end - although highs could be crisper.

At only £149 it's one of the cheapest you can buy, but despite its sensible price, the Sub Zero II packs in a range of connectivity. At the back of the Sub Zero, you'll find AUX, a RCA input and even an high quality optical input - so you can hook it up to your game console for surround sound gaming. A small screen on the front of the unit along with a supplied remote also make it easy to flick through sources.

Great for action movies and a gaming session, the tight bass of the Sub Zero II also lends it to dance music - and you can stream via Bluetooth AptX technology. Clear and lossless, it's a great addition at this price, and makes it more versatile than you'd expect.

With some units to be had around the £100 mark, the Sub Zero II is a great first sound bar, giving competent sound for an even better price.