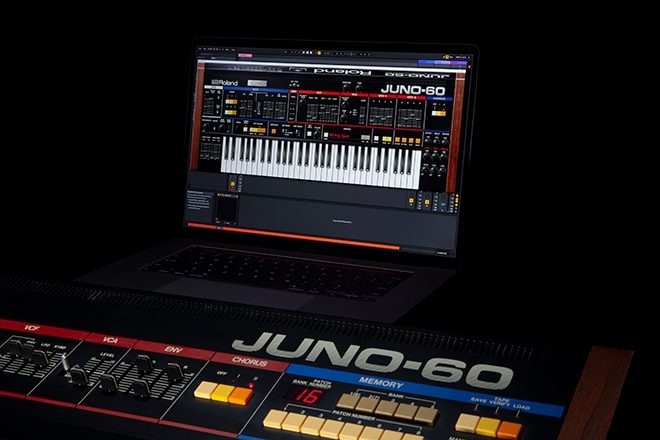 Roland has recreated the JUNO-60 as a software synthesiser.

The JUNO-60 was originally released in 1982 and used by bands such as Wham! and Eurythmics and was also used in Chicago house tracks. Now Roland's iconic synth is available as a software version on Roland Cloud, compatible with DAWs on Mac and Windows.

Read this next: VERSELAB MV-1 is Roland's new production workstation

There's changes to the original, such as the oscillator range being extended, the addition of a second envelope and the polyphony being expanded to eight notes. The latter can be limited to six to match the hardware version.

Read this next: Jeff Mills celebrates the iconic Roland TR-909 through his history and cherished secrets

The JUNO-60 plug-in is compatible with VST3, AU, and AAX, but also works with Roland's PLUG-OUT format with the SYSTEM-8.

The JUNO-60 software synth sits in the Legendary category of Roland Cloud, joining hardware such as the JUNO-106, the TR-808 and and the Jupiter 8.

You can test out the JUNO-60 software synth as part of a 30-day free trial with the Ultimate subscription.