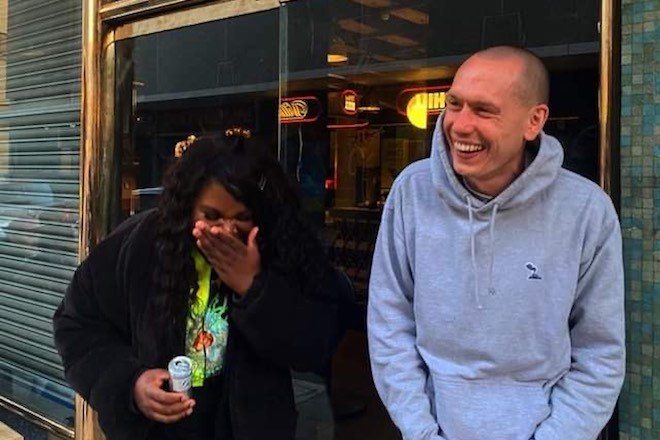 Robin Stewart, one half of Bristol noise makers Giant Swan, will release his own solo EP.

‘Albatross’ is being released on Ifeoluwa’s new imprint ipaadi on June 11.

The EP’s title track has been released this week, and creates a thrumming, anxious sonic space that doesn’t let up.

Read this next: Not dead: how punk inspires dance music’s innovators

The release as a whole was written in 2017, before releasing solo music was really on the horizon for Stewart, and all the tunes were written on one drum machine. The result is a collection of harsh, industrial sonic experiments, not a world away from the productions of Giant Swan but definitely distinct from them.

Ifeoluwa, aka Yewande Adeniran, is cited as one of the main inspirations behind the record. Adeniran and Stewart developed a friendship as they both became more noted as DJs, and Adeniran encouraged Stewart to strengthen the tunes on ‘Albatross’.

ipaadi is the second label headed by Adeniran, the first being Interventions, which was focused more on activism, community and charity.

Listen to the title track below and preorder the EP here.

Read this next: “Open minded and excited”: how Timedance ushered in a new era for UK techno