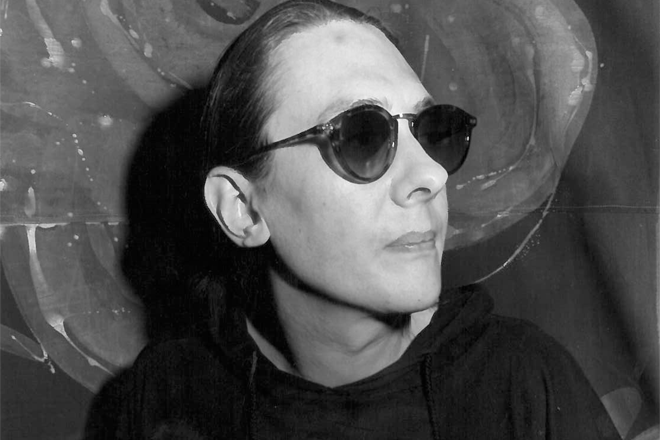 When the DJ Colin Faver passed away last weekend, UK club culture lost a seminal figure. Faver was at the vanguard of house and techno as they burst through in the late '80s and early '90s. He championed the most cutting edge music as rave exploded and his Kiss FM radio show was hugely influential.

"In those days specialist radio shows were a rarity," recalls techno DJ Dave Clarke, "so I used to drive to the top of Devil's Dyke in Brighton where you could pick up Kiss FM London and I'd learn from Colin Faver's show. He was a pioneer with a long and wonderful history across many cutting edge musical genres. I will be forever be grateful for his support. His contribution to the fledgling UK techno scene will always be in my mind."

Knowledge was a Wednesday night techno haven Faver ran with the late Jane Howard, his life partner Brenda Russell, and his regular DJ partner Colin Dale at Victoria's SW1 Club throughout 1992-93. It was a wonderfully demented sweat-bin that introduced a who's who of dance music titans to the UK for the very first time, including Sven Väth, Richie Hawtin and Carl Craig. With good reason it was recently included in Mixmag's 25 Parties That Changed Dance Music Forever. Faver would also go on to co-promote the well-regarded Deep Space.

Colin Faver started his professional life in advertising as a commercial artist but was persuaded by a friend, Pete Stennett, to work at his Small Wonder record shop in Walthamstow, just as punk exploded in the late 1970s. The pair worked on a label of the same name and signed bands such as The Cure and Bauhaus for their debut singles. Faver's DJing break came when he warmed up for shows at the Marquee. By 1982, when the Camden Palace opened, his reputation was such he was made resident DJ, favouring electronic music with a vanguard edge.

When acid house arrived, changing the night-world forever, Faver, who'd played at the Paradise Garage, was on it from the first. He DJed at most of the original meccas, from Shoom to the Hacienda, as well as raves such as Raindance and Sunrise, and the hardcore mayhem of Rage and Sterns. He would also turn up and play squat parties and free events and was renowned for being approachable, soft-spoken and ego-free. In more recent years Faver had moved from techno into a more soulful direction, playing regularly on the internet radio station Mi-Soul. He may never have achieved the profile of some of his peers but Colin Faver was as important to the development of the British techno scene as anyone.

Colin Faver, 63, died of multiple organ failure Saturday September 5, 2015 with his long term partner and fellow techno DJ Brenda Russell by his side. Mixmag send their condolences to anyone affected by his passing.