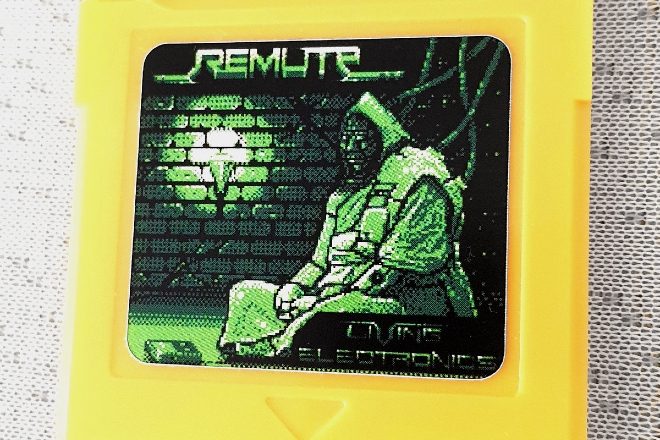 Humburg-born techno DJ Remute is due to release his forthcoming album on a Game Boy cartridge.

‘Living Electronics’ is one of three albums due for release this year from the producer, which is set to drop on September 17.

Previously, Remute has brought out music in a similar fashion, utilising old consoles and repurposing them for his musical releases. The DJ has already released an album on a Super Nintendo (NES) cartridge, and another on Sega Genesis.

Read this next: Watch this hilarious techno remix of Donald Trump's presidential speech

This time, ‘Living Electronics’ will come as a cartridge for the evergreen Game Boy. The new album features 12 tracks that can be listened to through the speakers of the handheld console.

“It's probably the most un-chiptune-y sounding Game Boy music album ever with sounds ranging somewhere from New Wave, Italo Disco and Detroit Techno,” says Remute on the new record.

The German producer released his first record of 2021 earlier this year in March, ’Electronic Lifestyle’. The album came to PC-Engine HuCard on a similar cartridge, exclusively for the console.

Read this next: From Game Boy cartridge to hand-held synth, the Nanoloop is here

“The sound on this cartridge gets generated in real-time by the console's sound chip - powered by the acclaimed LSDj engine,” reads Remute’s Bandcamp. “This album literally consists of living electronics and catchy electronic pop songs celebrating a technoptimistic symbiosis between man and machine.”