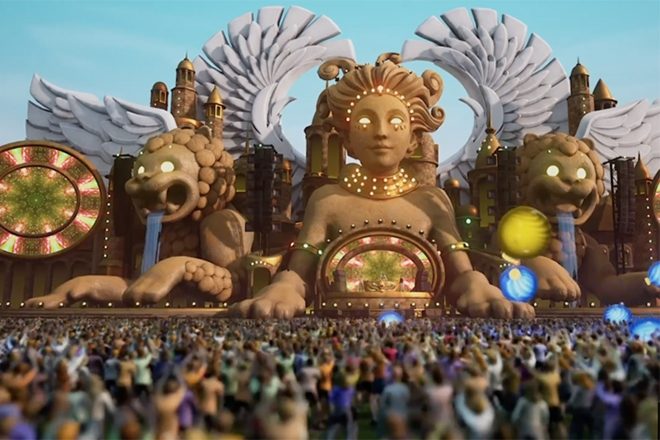 We all know DJs are capable of smashing a festival set in real life, but can they get the job done on a video game?

New DJ game FUSER puts you - the DJ - centre stage and behind the decks in festival settings on a par with the likes of Tomorrowland. Your aim: follow instructions and create a mix that'll please the crowd.

Read this next: FUSER's the new interactive DJ game for your console

We linked up with London party starters The Menendez Brothers to see if they had what it takes to get the crowd going. Once they'd got their character set up - mask included, obviously - they got going by mixing together tunes like Dua Lipa's 'Don't Start Now', Warren G's 'Regulate', Cardi B's 'Bodak Yellow' and Rick Astley's 'Never Gonna Give You Up'.

It's not the kind of tracks you'd expect to hear come together usually, with Deniz Menendez commenting on the good work from game developers NCSOFT and Harmonimix Music Systems: "It's quite clever how they've managed to make this all kind of mix. Some of them are completely different tempos but they've managed to edit them this way."

As they made their way through, they worked their way up to playing the nighttime festival set. Unfortunately they had a few boos, which isn't what you'd hope during the pinnacle moment of your career.

The pair highlighted FUSER as being ideal for new DJs: "I think if you're a new DJ, don't have a pair of decks and you're playing this, it's a great entry-level into [DJing]. You're playing '70s songs, '80s songs, '90s songs, '00s songs. A lot of different songs."

Grab a demo of FUSER here and check out The Menendez Brothers in The Lab LDN below.