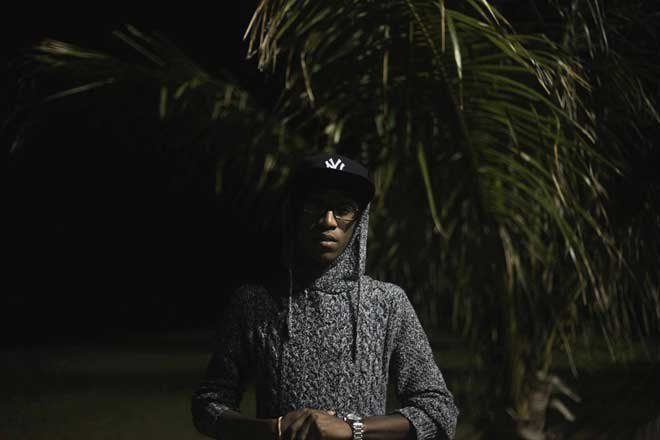 R3ll is a young New Jersey hot shot who is intent on taking the sound of the US state to the world.

Though New Jersey club is some 15 years old and built on foundations set by scene godfathers like Tameil and Tim Dolla, it's been spreading worldwide thanks to a new wave of artists coming out of the area. R3ll lines up alongside peers DJ Sliink, Uniiqu3, Kayy Drizz and Nadus, all producers who are making killer tunes and catching the ear of an audience that starts in Newark and now spreads across the globe.

The 24 year old started making music in 2005 while still at high school and now commands an sonic aesthetic that is slick and polished but still loaded with that high-power Jersey bounce. Like others on the scene, his work rate is relentless and his SoundCloud boasts a huge number of remixes, with major rap, r'n'b and pop-dance names getting the R3ll treatment. His remix skills have been picked up for official releases via Ultra and Dim Mak while his bootlegs are the kind of thing that make DJ sets and mixes pop right off.

Having proven he's got the chops, he's on the verge of releasing his debut five-tracker 'Directions'. "On this EP, I wanted to be able to showcase solid Jersey Club tracks, but also push the sound a bit further," he tells us. "I believe that Jersey Club has serious crossover potential and by working with other producers from outside my immediate scene, I'm demonstrating that this sound of ours can continue to grow, develop and influence other worlds."

Featuring collaborations with the UK's Sinden and Riddim Commission, Saint Louis' Fluke Nukes, Oslo's Purpurr Purple as well as one solo track, the EP is certainly tied to the roots of New Jersey Club, but comes with that boundary-hopping attitude that R3ll embodies. It's bright and colourful but goes in hard.

The record is being put out by the Brick Bandits, a New Jersey club crew that's as long-running as the genre itself and which R3ll belongs to. The Bandits have started a label and 'Directions' will be its first release. "[Starting a label] was long overdue," he says. "Brick Bandits is a very strong collective and team, but we lacked a voice. We've released on Mad Decent in the past, but we wanted to control our own sound, put out music more frequently and have the fans come to us for a direct relationship and connection."

R3ll's currently working on more collaborative tracks and has shows coming up in Europe and Japan. Check his exclusive mix for us for an insight into the new and old sound of New Jersey club as well as that of the Brick Bandits.

The 'Directions' EP is out on April 22 via Brick Bandits. Pre-order now