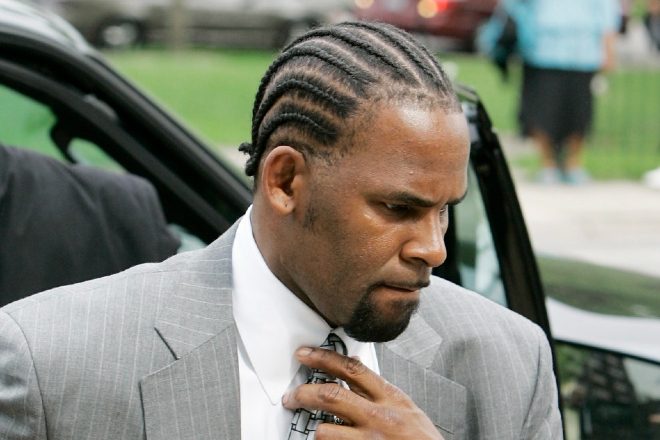 R. Kelly has been found guilty of sex trafficking and racketeering by a jury in Brooklyn, New York, following a six-week trial and testimonies from 11 accusers.

The singer had been accused of using his fame and influence to sexually abuse underage children and women during his 20-year career.

Kelly will be sentenced on May 4, and with the severity of his conviction, could be sentenced to a maximum of 100 years in prison.

Throughout the trial, accusers had told stories of violence, exploitation and manipulation, with victims having to recall painful and disturbing memories of abuse at the hands of Kelly.

Acting US attorney in Brooklyn Jacquelyn M. Kasulis, spoke to reporters outside of court, thanking the accusers for their bravery: “No one deserves what they experienced at his hands or the threats and harassment they faced in telling the truth about what happened to them."

"We hope that today’s verdict brings some measure of comfort and closure.”

Jerhonda Pace, the first accuser to come forward against Kelly during the trial, reacted with an Instagram story that read: "Verdict? GUILTY."

The jury of seven men and five women took two days to deliberate on the charges, finding Kelly guilty of all sex trafficking offences and racketeering, which includes kidnapping, forced labour and bribery.

Racketeering is usually an offence reserved for organisations, meaning the prosecution had to prove the singer was involved in a criminal enterprise with multiple accomplices.

R. Kelly was accused in the trial of bribing US government officials to illegally marry singer Aaliyah in 1993, who was just 15 at the time. Aaliyah's estate has yet to comment on the verdict of the trial.

Kelly's lawyer Deveraux L. Cannick, said the trial had been "replete with inconsistencies."

R. Kelly is set to face another trial in Chicago on charges of child pornography, and further sex abuse charges in the state of Illinois.