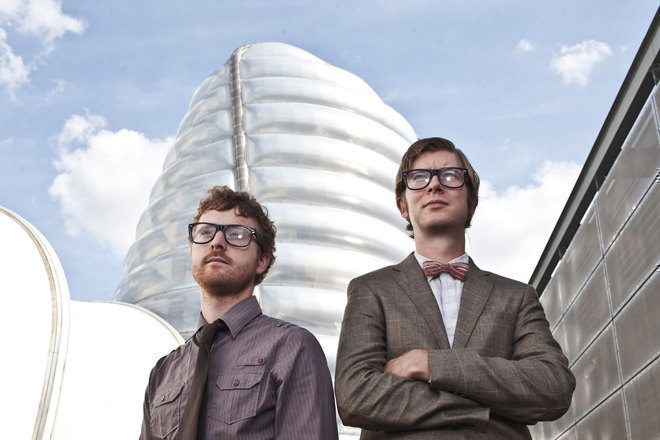 J. Willgoose, Esq. & Wrigglesworth may sound like the names of old country gentlemen or children's entertainers but they're actually better known as Public Service Broadcasting, the duo who've taken the world by storm over the last few years.

The pair broke into the UK charts at number 11 last year with their second album 'The Rest Is Space' and a seriously heavy touring schedule followed. On June 17 the ‘The Race For Space/Remixes’ album will drop and the likes of Blond:ish, Petar Dundov and Psychemagik are all involved.

Another artist on remix duty is Copy Paste Soul and the UK producer has all the right artists backing him. Skream, Modeselektor and Pan Pot have all been rolling out his music and recently he played b2b2b with Jackmaster and Laurent Garnier at Nuits Sonores festival in Lyon.

His remix of 'Tomorrow' starts off deep and mystical with rippling tones and grandiose strings before the entire thing explodes into an all-out electro weapon. It's a gnarly edit that harks back to the 2007 era of no-holds-barred electronic music and who can complain about that?

‘The Race For Space/Remixes’ will be released on June 17, you can preorder the album here