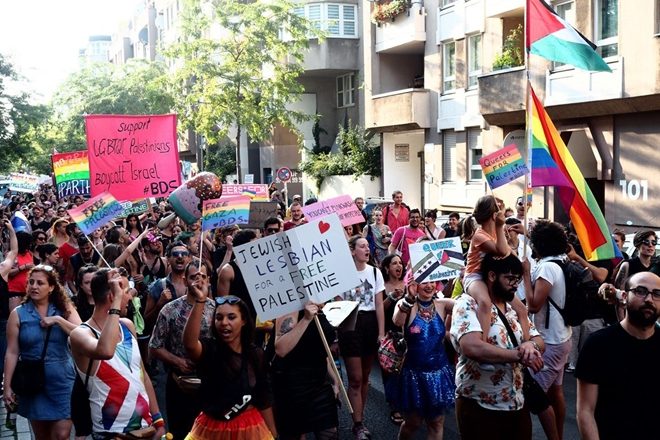 Three German nightclubs are the subject of calls for a boycott from the Boycott, Divestment and Sanctions (BDS) movement, led by the Palestinian Campaign For The Academic And Cultural Boycott Of Israel (PACBI).

Berlin’s ://about blank, Hamburg’s Golden Pudel and Leipzig’s Conne Island are named in the statement posted on the BDS momvement’s website for being “complicit in Israel’s oppression of Palestinians”.

The statement adds: “Conne Island, Golden Pudel and ://about blank have, to varying degrees, demonstrated glaring and persistent anti-Palestinian and anti-Arab racism. All three are complicit in promoting Israel’s regime of apartheid, settler-colonialism and occupation and shielding it from criticism and accountability in accordance with international law. These clubs have repeatedly cancelled or denied performances to electronic artists who have given their support to the inspiring #DJsforPalestine initiative, engaging in censorship, intimidation and outrageous suppression of freedom of expression.”

://about blank, which last year cancelled a Room 4 Resistance party in response to #DJsforPalestine, sent a statement in response to Resident Advisor, saying: “The current call for boycott by the "Campaign for the academic and cultural boycott of Israel" (PACBI) against subcultural leftist places like the Golden Pudel Club, Conne Island and ://about blank is fully in line with BDS's strategy of polarisation, separation and demonisation. Unfortunately, several (pop)cultural events and festivals were affected by this in the past years when being targeted by the BDS movement.

We will not respond to this strategy of provocation, particularly as the accusations derive from the obsessive worldview promoted by the BDS campaign which divides the world into friend or foe. ://about blank will furthermore not take a one-sided position in the Middle East conflict”.

The club also linked back to a previous statement made in September 2018.

Golden Pudel has also released a statement in German on Twitter. A translation posted by RA reads: “It is a good reflection of the public handling of this topic if we get attacked equally by BDS supporters and BDS opponents for abstruse reasons. The magazine "Titanic" (political satire magazine) could not have made it up any better. We are taking this as a compliment and keep going our own ways.”