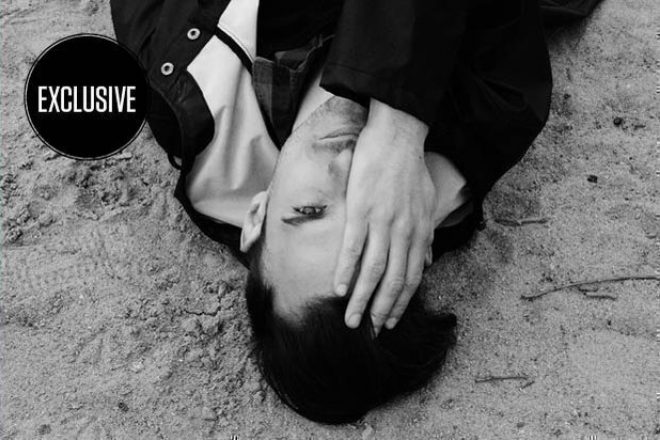 Alexander Sjoedin may be a fairly new addition to your music collection but under his Sailor & I alias, he has made a name for himself by creating deep, ethereal productions that instantly transport you to a dream-like state.

Billed as 'a metaphor for two wills inside a person, which are in a battle with one another' Sailor & I's last release came via Black Butter records and now the Swedish talent heads to Life and Death for his next EP.

The 'Turn Around' EP is one that's been in the works for some time and its accompanying remix is one of the most anticipated tracks of 2014. If you've been to see the likes of Dixon, Mano Le Tough, Solomun, Maceo Plex or Tale Of Us recently then you will have heard it, loved it, and wanted it.

The mesmerising Âme remix has been gliding its way round sound systems across the globe since the start of the year and it's no surprise as to why. The perfect end of set track, it enchants its way through eight minutes of euphoric vocals, grand synths, astounding builds and simply gorgeous drops.

We reckon its one of the best tracks of the year and you can listen to it for the first time in full below. We also caught up with Sailor & I to talk about the release. Check it.

The 'Turn Around' EP by Sailor & I will be released on June 30 via Life and Death, preorder here,and listen to the original here

Your rise to the spotlight seems to have come all at once, how long have you been producing and has the rise come as a shock to you?

I've been making music since I was a little kid, played lots of instruments, different styles etc. But I never saw myself as an musician until recently. For many years I've kept my music to myself, the song library today is huge. That universe seems endless and that's a great kick to me. Once I was done with my first release 'Tough Love' I kind of realized that there were more people than just me who seemed to enjoy my music.

Talk to us a little bit about the new EP. What was your thought process behind it?
With the 'Turn Around' EP I wanted to give a taste of what's coming next and still keep the soundscape that has become the signature for Sailor & I – orchestras, analog synths, drums and vocals. Since I'm always in the process of writing and recording, it's really hard for me to listen to other peoples music, it distracts me from processing my own ideas.

For this EP I think the lack of references from other artists really made the result something special, which means a lot to me since I'm not just trying to make another pop song, I'm working on creating something bigger, larger than life – I'm referring to the instrumentation, the arrangements and how the songs are recorded and mixed. That's the tricky part if you're a songwriter with a millon ideas, because you don't want the theme/story of the song to get lost in effects and/or beats.

What did you think when you first heard the Ame remix of 'Turn Around'?
It's a fantastic remix and they kept my vocals intact! I hate when producers cut my vocals into some beat or something – if I didn't think the melody and vocals were strong enough, I wouldn't release the track. The funny thing is that I had never heard of Âme before they remixed my track, so now I'm very glad it happened because it helped me discover their musical universe, which I think is outstanding!

What are your plans for the rest of the year and beyond?
I'm doing one show in NYC at the start of July and one show in London the week after. I've prepared all the songs for my debut album, so hopefully it will see the light of day very very soon.