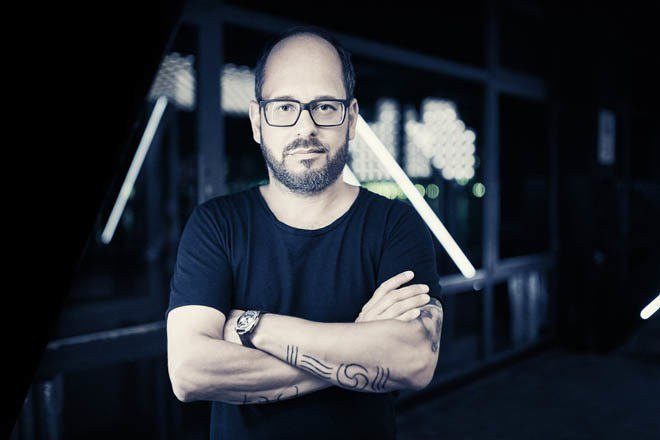 Backed by over two decades of floor-filling experience in the game, Oliver Huntemann is well-versed in crafting tracks that send clubs into raptures.

As showcased in a vast array of releases over the years, on labels spanning the three he founded (Confused Recordings, Ideal Audio and Senso Sounds) as well as the likes of International Deejay Gigolo Records and Dance Electric, peaktime surgers are the Hamburg-based producer’s speciality.

Whether he’s working solo or collaboratively with artists such as Dubfire and Stephan Bodzin, Huntemann taps into an unbridled energy source in the studio and floods his music with hand-rasing, head-spinning, adrenaline-pumping elements.

His newest offering ‘Rotlicht’ is a prime example. It's the lead single to his forthcoming fifth album 'Propaganda', which lands on October 13 via Senso Sounds. Judging by this taster, it's a release to get excited about.

Across its 7-minute runtime 'Rotlicht' steadily grips you in a vice, building from a sparse percussive opening to intense heights of frantic synth lines and titanic foghorn bass notes, before falling away at impactful intervals. We can hear dancers screaming in approval already.

‘Rotlicht’ is out via Senso Sounds on July 14, backed with a Raxon remix