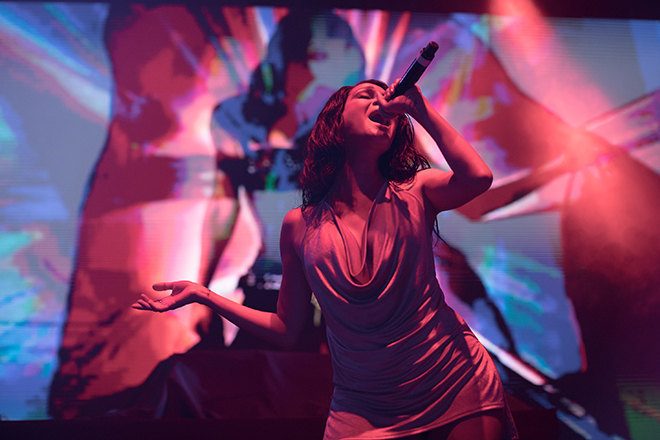 Talented singer, songwriter, DJ and Smirnoff Sound Collective artist Nomi Ruiz first launched her moniker Jessica 6 in 2011 and has returned to the elusive identity to celebrate Pride Month in style.

Bringing together the best and most sultry of tones from across the electro pop, R&B and soul genres, Jessica 6 sings over a Severino & Nico De Celia disco track for the brand new 'Dance For Love' release.

Of course, the track is being released in celebration of Pride Month, so the message is simple: "dance for love".

Jessica 6 is currently preparing to release a new project called 'The ELIOT Sessions', which sees her on vocals alongside producer and composer ELIOT for an unmistakable and groovy 90s-tinged pop and dance sound.

Nomi Ruiz will be performing live from The Lab Pride this weekend in New York City from a NYC Pride Parade float. Find more details here.

Listen to 'Dance For Love' below.