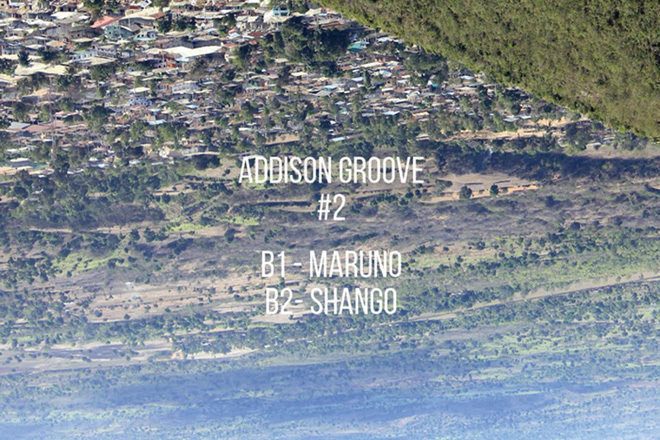 When Addison Groove and DJ Die came into The Lab LDN in June, what we got was a hefty workout of slammin' bass-heavy tracks. It's what the two do best and Addison's proved himself to be a supreme juke producer, too.

The 'Footcrab Edits' release on his label Groove goes to show the level of drum-crashing menace he can reach and 'Dancer'/'Go La La' is just as mischievous. On that he flips Sister Sledge's 'He's The Greatest Dancer' into a crunching bass earthquake, but keeping the fun-time disco in tact at the same time.

He's gearing up for Groove003 now and we've got 'Shango' as an exclusive. Tip-tapping tribal drums start it off, followed by a reverberating vocal chop, subtle bird cries and weird, wonky synths. Always unpredictable, but Addison always ensures his productions carry that heavyweight uppercut to the jaw.