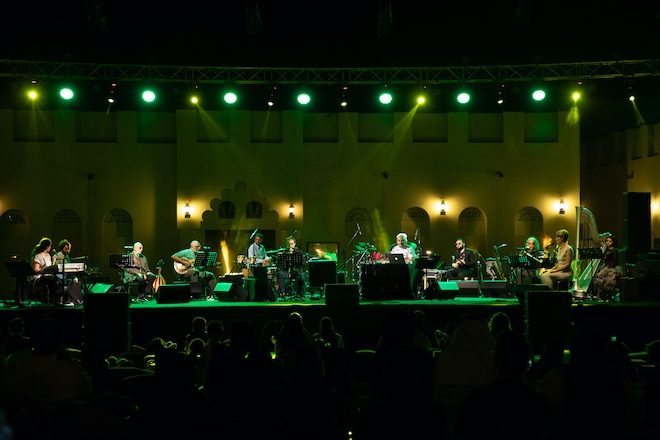 This week sees the release of the debut PRAED Orchestra! album ‘Live In Sharjah’ via Morphine Records.

PRAED was originally a duo composed of Raed Yassin and Paed Conca, conceived as an extension of their research on traditional Egyptian trance music genres Shaabi and Mouled.

Read this next: “We need people we can trust in government”: Beirut club scene reacts to tragic explosion

Over the years, they’ve released four albums together, but wanted to expand their study of these genres to work with an orchestra that, according to the press release, ‘could transpose this study of rural and popular culture into an immense, iconic work’.

The album ‘Live In Sharjah’ is a recording of a show that the PRAED Orchestra! played in autumn 2018, supported by the Sharjah Art Foundation. It sees the orchestra interpreting new compositions as well as reinterpreting some of the duo’s older tracks, like ‘Embassy of Embarrassment’ and ‘Doomsday Survival Kit’.

Listen to ‘Embassy of Embarrassment’ below, and buy a copy of the album here.