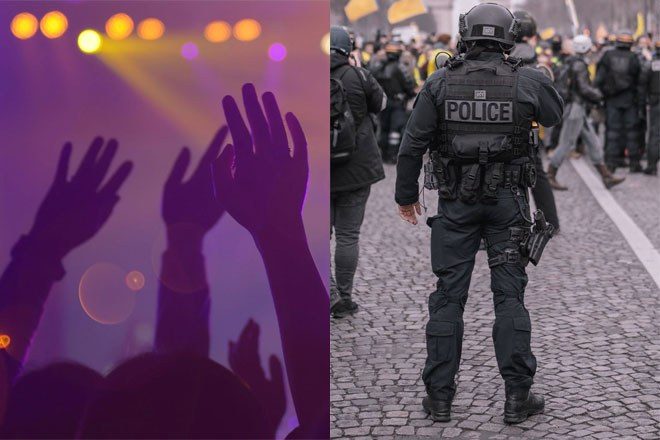 A false announcement of a music festival saw thousands of people in Brussels illegally gather in an April Fool’s Day joke gone wrong.

The hoax festival called ‘La Boum’ promised no coronavirus rules would be followed and DJs including David Guetta would be playing.

Although organisers noted the festival was a hoax on their Facebook post, between 1500 and 2000 people still gathered in the Bois de la Cambre park last Thursday. 50,000 had clicked "interested" on the festival's Facebook event page.

Police used water cannons and mounted officers to disperse the crowd who chanted “freedom” and refused to leave.

Several participants and police officers were injured and four people were arrested.

“I understand everyone is tired of corona. But the rules are there for a reason and for everyone...solidarity now is the key to freedom tomorrow.”

Belgium has been in a semi-lockdown since October with restaurants and bars closed.

Up to four people are allowed to meet outside as long as they wear a mask and respect social-distancing rules.

In response to a recent increase in cases, authorities have tightened rules in the country leaving high levels of frustration particularly in young people.

A Brussels court recently ordered the Belgian government to lift restrictions as they had been instituted by ministerial decrees.

However, the court has given them 30 days to remedy the situation with special laws currently being debated in the Belgian Parliament.

[Via The New York Times]