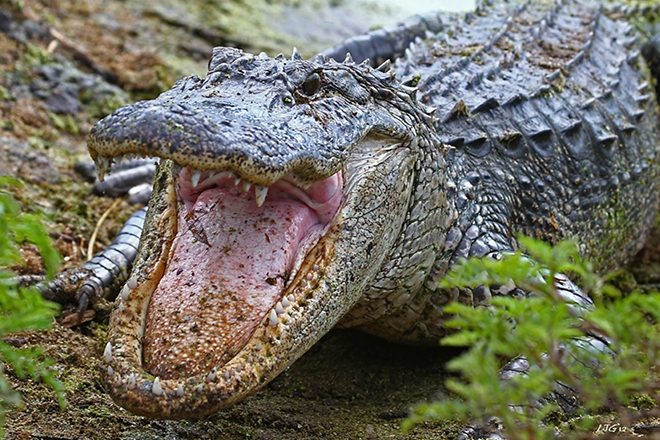 The Loretto Police Department in Tennessee is imploring people to think twice before they decide to flush their drugs down the toilet.

The plead came in the form of a Facebook post after law enforcement caught presumed drug dealer Andy Perry flushing numerous paraphernalia items down the toilet during a recent bust. Police confiscated 12 grams of meth and 24 fluid ounces of liquid meth, but it is currently unknown how many drugs Perry managed to get rid of through the city's sewer system.

“When you send something down the sewer pipe it ends up in our retention ponds for processing before it is sent down stream. Now our sewer guys take great pride in releasing water that is cleaner than what is in the creek, but they are not really prepared for meth,” police wrote on Facebook.

“Ducks, Geese, and other fowl frequent our treatment ponds and we shudder to think what one all hyped up on meth would do. Furthermore, if it made it far enough, we could create meth-gators in Shoal Creek and the Tennessee River down in North Alabama."

Earlier this year, scientists used alligators as subjects in a study about dinosaur hearing. They managed to collect data by giving the prehistoric creatures headphones and a dose of ketamine. We'll go ahead take the chilled out ketamine gators with headphones over the super meth-crazed gators in Northern Alabama any day of the week.

We asked if you need to do drugs to enjoy dance music and this is what you said
Cocaine and ketamine have been found in Britain's river wildlife
Prawn Coke Tale: Why Britain's "drug problem" is mainstream media scaremongering