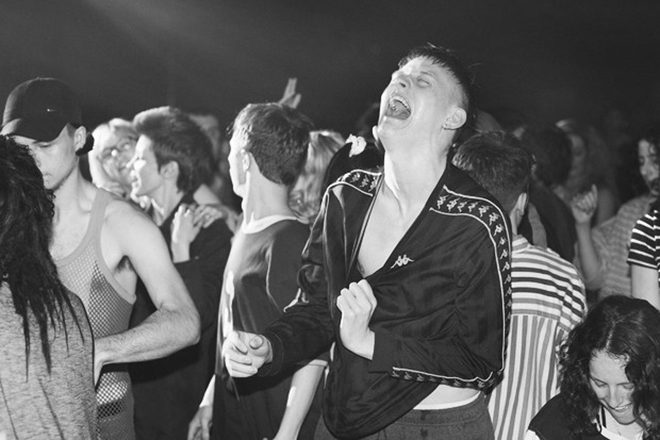 Police managed to stop an illegal rave from taking place after hundreds of tickets were sold.

Organisers of the rave near Consett in Country Durham were setting up on Saturday night when officers from Northumbria Police turned up having been warned of a potential rave taking place in an abandoned building.

Police then made a bunch of arrests and seized equipment, according to the Northern Echo. Those who had bought tickets to the unlicensed event were warned not to go to the party, with police saying they could face penalties relating to coronavirus breaches.

Read this next: People are breaking lockdown rules to attend illegal raves across the UK

Chief Inspector Steve Readdie, of Northumbria Police, said: “Holding an event of this nature in the midst of a pandemic is irresponsible and completely unacceptable.

“It dramatically increases the chances of the virus spreading and undermines all of the hard work being done by the wider community to keep one another safe.

“Stopping this event in its tracks is a result of a lot of hard police work by ourselves and our colleagues at Durham Constabulary.

“Hundreds of people had bought tickets to attend an event in a disused building and our message is simple, don’t bother turning up.

“The organisers already face police action and if you turn up at this event then you could too face being issued with a fine under coronavirus legislation.”

Police in London also had a party to deal with on Saturday night. 72 people on a moored boat on the Grand Union Canal in North Acton, west London were dealt £800 fines for breach of COVID-19 rules. This was recently introduced for people attending illegal gatherings of more than 15 people in the UK.

Detective Chief Inspector Thomas Bowen, of West Area, said: "This was a blatant breach of the Coronavirus rules that are in place to save lives and protect the huge pressure on the NHS.

"All the people who attended this event, which appears to have been organised on social media, have quite rightly been reported for the consideration of fines.

"The Met will continue to shut down and disperse events such as this, which risk spreading a virus that has already claimed the lives of more than 100,000 people in this country."

18 people in Sewardstonebury, Essex were also fined close to £15,000 after police officers turned up to a house and found them having a party.

Pippa Mills, Essex Police's Deputy Chief Constable, said: “This party was a clear and blatant breach of the current restrictions which were put in place to save lives and protect the NHS.

“These selfish individuals not only have no regard for their own safety, but they clearly didn’t give a second thought for the safety of the local community, the police officers who had to attend to deal with their reckless behaviour or the NHS who are under unbelievable pressure.

“The legislation exists for a reason, which is to stop the spread of coronavirus, protect the NHS and save lives. It relies on us working together to drive down the risk of infection.

“The overwhelming majority of people continue to do all they can to support us and help stop the spread of the virus and it is only a selfish few, such as these individuals, who think they can flout the rules with no thought for the health risk posed by their actions.

“But, as the robust action we have taken in this instance demonstrates, Essex Police will simply not tolerate anyone in our county, or visiting our county, who blatantly and flagrantly break the law and put the lives of the people of Essex at risk.”