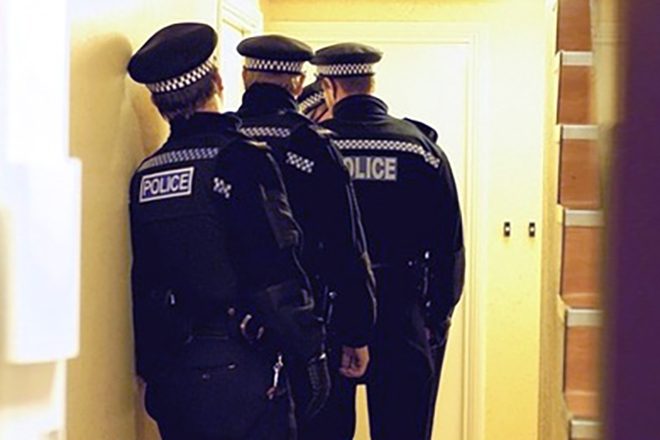 A UK police chief has called for the government to give officers power to force entry into the homes of people suspected of violating lockdown rules.

Read this next: Illegal raves take place across England ahead of national lockdown

David Jamieson, the police and crime commissioner for the West Midlands police, said: “For the small minority of people who refuse entry to police officers and obstruct their work, the power of entry would seem to be a useful tool.”

He added: “I have raised this issue with the policing minister previously and clarity on the power of entry would help police officers enforce the new COVID regulations more easily.”

Under current coronavirus regulations, police do not have the power to gain entry to a place where they suspect laws are being broken, such as gatherings and parties.

A spokesperson for the National Police Chiefs Council said: “We are confident that the majority of people will respect the rules and do their part to keep our communities safe and to protect the NHS.

“Those who do not follow the regulations and measures put in place to limit the spread of the virus should expect to receive a fixed penalty notice”.

Yesterday government minister Michael Gove warned that the UK’s latest national lockdown measures are likely to be in place until at least March, and that some restrictions are expected to extend beyond then.

Speaking to Sky News, he said: “We can’t predict with certainty that we’ll be able to lift restrictions the week commencing the 15 to 22 [February], what we will be doing is everything we can to make sure that as many people as possible are vaccinated so that we can begin progressively to lift restrictions.

“I think it’s right to say that, as we enter March, we should be able to lift some of these restrictions – but not necessarily all.”