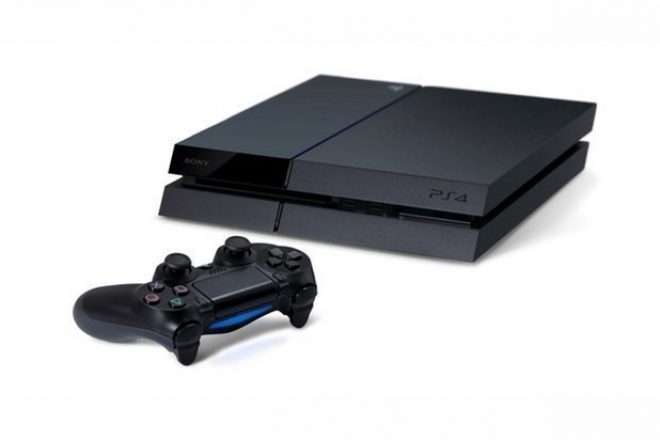 One of the most anticipated console launches in recent times, the Playstation 4 is the machine Sony hopes will win the latest round of the ongoing console war. Learning from the mistakes of their previous attempt, Sony have gone back to basics, with the Playstation 4 focusing primarily on gaming and adding a range of features to enrich - not dilute, the player's experience.

Looking much like the now ancient Playstation 2 in italics, the PS4 is a bold direction change inside and out, with simplified system architecture making it easier to develop titles for - one of the PS3's biggest stumbling blocks. Despite its more conventional internals the PS4 is also the most powerful console available today, owing its sumptuous graphics and gameplay to a single chip custom processor. Shadows, light and particles are rendered in crisp, next-gen detail and most games will run smoothly at 60fps with retina dazzling 1080p resolution. The Playstation 4 also comes with a stock 500Gb HDD users can replace - an essential feature since game installs can take up to 50Gb each.

Sony have also tinkered with the iconic design of their controller. Unchanged for many years, the Dualshock 4 breaks the mould with more precise analogue sticks, a lighter, more ergonomic body and triggers which curve upwards - to stop fingers slipping off in battle. Gone are the select and start buttons, replaced by a clickable touchpad in the middle, a built in speaker and a light which changes colour based on gaming situations. The result? A significant step forward.

Although games do take a front seat in proceedings, the PS4 also brings a strong social element. With a tap of the share button, gamers can send their best bits to mates, and it's also possible to grab screenshots and send them to your twitter account - even better than a selfie. However, unlike last time you will have to cough up £39.99 a year for online gaming - Sony's PS Plus service is now a must if you want to play over the net.

Retailing at £349 the Playstation 4 combines enormous power and gaming ability with social integration and surprisingly good value. However with only a few AAA games out now, such as Killzone: Shadows Fall, it could be worth waiting before you take the plunge.