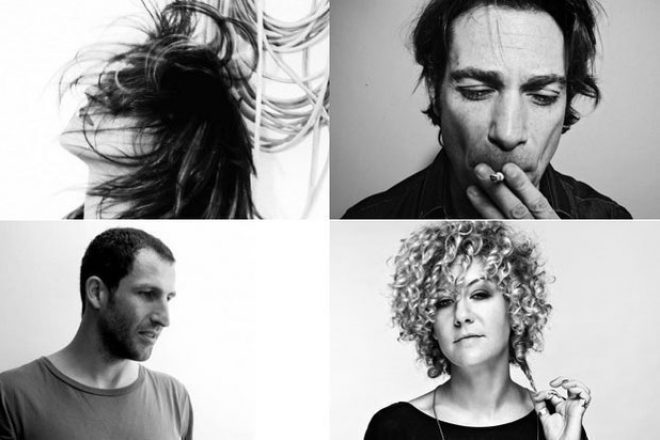 Wiggie, the London party where tech-house was born, turns 20 years old this year. And so does the sound that was nurtured on its dancefloor, a heady meeting of rough techno and swung house.

So here's a shout to a genre that continues to rule clubs and a nod toward some of our favourite tech-house artists.

D'Julz
This veteran has held down the longest ever residency at Rex Club in Paris and has released on Ovum, Poker Flat, 2020 Vision and more. His style is super punchy, all skippy percussion and weighty low-end. The tracks he drops are subtle but full of rubbery groove and he's a force to be reckoned with deck. Yet another label head, his Bass Culture imprint has been running since '09 and the 'This Is Bass Culture: 4 Years Of Bass Culture' mix CD he did recently is a great insight into what he does.

The undisputed queen of Circoloco and, in turn, DC10 in Ibiza, Tania Vulcano has been bringing the heat to that terrace since it all began in '99. The Uruguyan DJ, producer and label boss is widely regarded as one of the finest DJs out there. We've been lucky enough to catch her at DC10 for a fair few years now and can confirm this is true.

Squillace b2b Tanzmann
Arguably the best b2b act on the scene, we're yet to hear this dynamic duo miss a beat. Our favourite place to see them is the DC10 terrace on a Monday as the sun shines through the iconic red room and the rolling beats flow. We thought it couldn't get much better, then came their new project with production master Martin Buttrich called Better Lost Than Stupid. 3 is a very magical number.

tINI
Now one of Germany's most highly regarded female artists in house and techno, tINI began playing frequently in and around Munich in 2003. She became part of the Desolat family in 2008 and had her production debut on the Desolat X Sampler the following year. tINI has held residencies at Sands in Ibiza (tINI and the gang), London's Fuse and Cocorico in Italy and for the rest of the year she's busy playing shows across Europe and America.

Yousef
Yousef is a producer and the label boss at Circus Recordings as well as the man behind the world famous Circus events. Now in its 11th year (go on the lad), Circus is one of the UK's best parties, thanks in large to its on-point programming done by, of course, the man himself. He manages to fit in all the above plus touring the world laying it down on the decks of some of the best clubs out there.

Mark Radford
The Audio Rehab boss has worked tirelessly over the years and is now at the forefront of London's underground scene. His sound is ice cold and propulsive, perfect for getting you in the mood at peak time and keeping you going until way past dawn. A seasoned DJ, he's held down a show on Rinse FM for some time and is devoted to nurturing new talent via his label. Also, keep an eye on his Twitter feed at the weekend, where he'll post details of parties all over the country, taking in up to three in one night. The guy's a machine!

Apollonia
This trio - made up of Dan Ghenacia, Shonky and Dyed Soundorom - graced the cover of Mixmagthis summer and then went on to release a finely crafted debut album. They had a firing summer on the White Isle and are now booked up across the world well into next year. Their secret? Well, the Frenchmen ooze rhythmic verve and Ibizan sex appeal and are always in full control of an arsenal of delicious records. Simple, really.

Nic Fanciulli
Fanciulli's label Saved Records has been churning out quality tunes for 10 years and this year released 'Saved 100' (mixed by little bro Mark Fanciulli) to celebrate reaching their, you guessed it, 100th release. His ability to whip the crowd into a frenzy can be in our stream from his La Familia Ushuaïa party in Ibiza this summer.