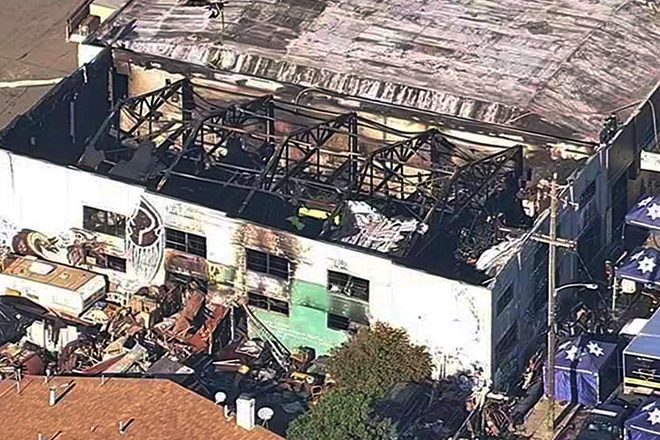 The two men held responsible for the December 2016 fire at the warehouse known as the Ghost Ship have been sentenced to nine and six years in prison.

The pair have pleaded ‘no contest’ to the manslaughter of the thirty six who died in the blaze.

Derek Almena, 48, a founder of the artist collective, and Max Harris, 28, a fellow member could serve even less with good behaviour.

The Ghost Ship in Oakland, California, played home to many of the artists in the collective, and the warehouse was used as a venue for events.

A 100% Silk event had been taking place in the building on the night of the fire.

If the case had gone to a jury, the pair could have faced multiple life sentences for the involuntary manslaughter charges filed against them.

Harris’s attorney described the ruling as a “bittersweet day”, according to the East Bay Times.

Families of the thirty-six victims remain hopeful that further civil cases against Oakland city officials and the warehouse owner Chor Ng will provide more closure, however these are not scheduled until October next year.