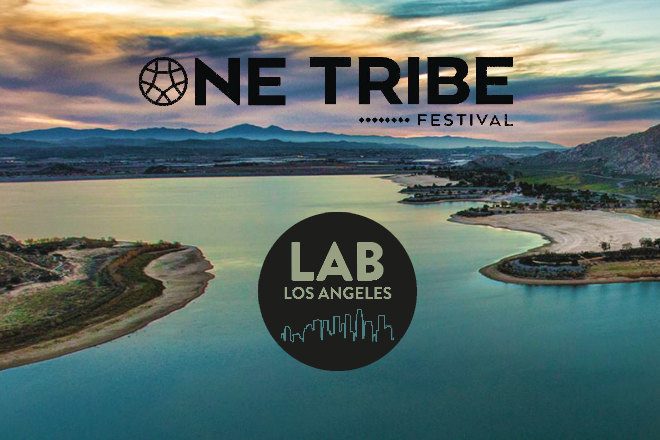 The Lab Los Angeles is Mixmag and Smirnoff Sound Collective's weekly post-work unwind where we stream only the finest American and international DJs, direct from our Downtown LA office. This Friday, West Coast house and techno legends DJ Dan, Doc Martin and Marques Wyatt will be taking over ahead of their appearances at next month's One Tribe Festival at Lake Perris, California.

DJ Dan's dance music career stems back to 1993 when he formed the Funky Techno Tribe, and his unique concoction of sounds was given the name of West Coast House music. It was only up from there for DJ Dan as he landed himself next to Carl Cox, John Digweed and other heavyweights, and dropped some remixes for the likes of Depeche Mode, Ducksauce and more. He has his LA-based imprint Instereo Recordings which holds its own with releases from a variety of artists including TJR, Wolfgang Gartner, DJ Sneak and many others.

Doc Martin is known as the head boss in charge of Sublevel, the label and famous traveling club night. He's a kingpin in the LA underground who is a true commander of classic house and techno. His skills and devotion to his music are truly honored by the music world which has resulted in him landing gigs all over from Ibiza's DC10 to Fabric in London to LA's own Exchange. Check out new Sublevel material here.

And joining these two is yet another West Coast house and techno heavyweight Marques Wyatt. He's an LA hero who's well known for his DEEP event that has been running for the last 16 years. He dropped into both weekends of Coachella 2015 to show the kids how it's done and he's now gearing up for a full on tour around the Playa at this year's Burning Man. Get a taste of Marques here.

The Lab LA is strongly powered by Void Acoustics. Watch below or via MixmagTV.

DJ Dan, Doc and Marques will all be throwing down on the B3 stage at One Tribe Fest alongside Mark Farina, DJ Garth and more. Grab your tickets here.