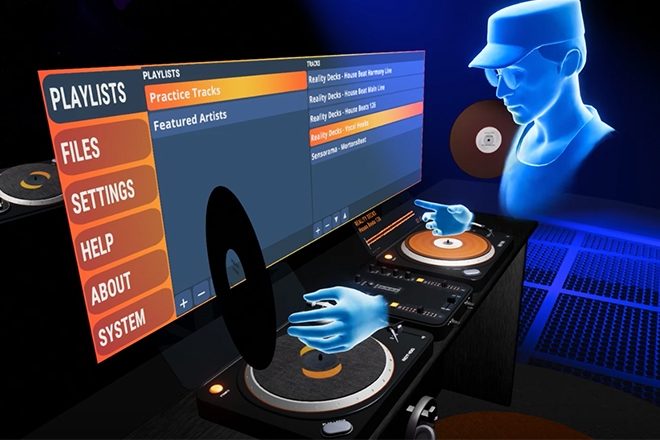 Designed and programed by Oculus Rift, the application Reality Decks is the latest addition to the new world virtual reality DJing.

Focusing on creating an app that allows for a real world feel of DJing with “precision mixing”, users can create their own avatar, mix on virtual vinyl turntables and record their sets.

Reality Decks comes with 10 tracks from “up-and-coming featured artists” and 25 vocal hooks so participants can try their hand at scratching.

The race is on to see who can create the most effective and sought-after VR DJ system. Will virtual CDJs, launchpads and synths be next? Only time will tell.

Reality Decks is available for $19.99 at the Oculus Store. Watch the app's trailer below.